1) Write at least 2 blog posts each month
We went to the Jurassic Quest exhibit in Philadelphia.
Shared my new favorite thing to watch: T90Official's Age of Empires II casts.
2) Complete the 10 x 2 Board Game Challenge
We got the first of two plays needed for Gold West in with Shawn and Kelly. I really like this game a lot, but Christine isn't really a fan. We now need to average 3 plays a month for the rest of the year. I've moved beyond concerned that we might not finish this challenge to seeing it as doubtful. 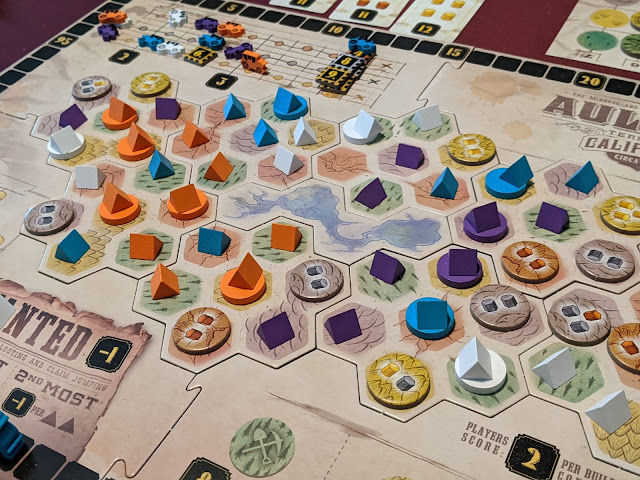 3) Bake at least 2 different baked goods each month
It took some time before baking commenced in September, but as the temperatures dropped I got more in the mood. I started the month off just making a couple loaves of rustic sourdough. They came out pretty good. I froze one for later and ate some of the first loaf. 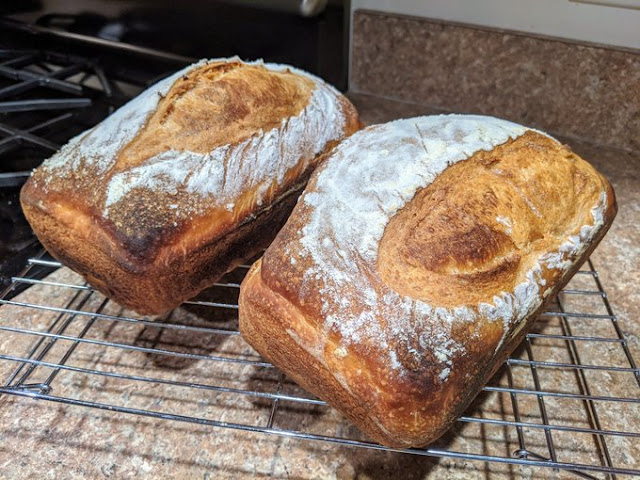 The following week I busted out some of my frozen sourdough pizza dough and made a couple of pizzas for dinner. It's really convenient to have pizza dough ready for whenever you feel like making a pizza for lunch or dinner. I should make a breakfast pizza soem 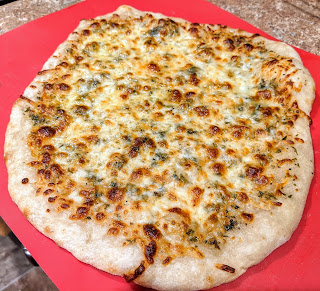 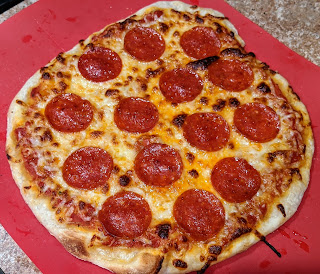 Since the rustic sourdough isn't liked as much in our house, I found a recipe for an easy soft sourdough loaf. The recipe made two loaves and boy were they good. Grace loved that the crust was soft too so she actually ate that part for once. I didn't need to freeze yet another loaf, so we gave the other one to friends of ours that live in our development. I didn't love their shape because they really needed to be baked in smaller pans. I only have 9.25 x 5.25 pans and what I really need for smaller loaves is 8 x 4. I suppose that's something for the Christmas list. 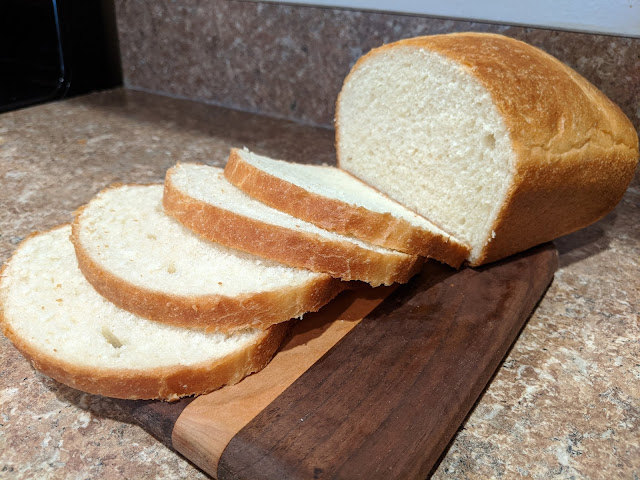 We always have a couple very ripe bananas on the counter it seems, so I decided to make banana bread. I didn't feel like taking out a single frozen banana out of the four, gallon-sized freezer bags we have downstairs, so I replaced the third banana needed with cinnamon applesauce. This recipe I tried also called for cinnamon which turned this into an apple cinnamon banana bread. I made one more adjustment to the recipe that I always make when making banana bread, substituting light brown sugar for whatever amount of granulated sugar the recipe calls for. It gives the bread a less sweet, but more caramel-like flavor that I really enjoy. 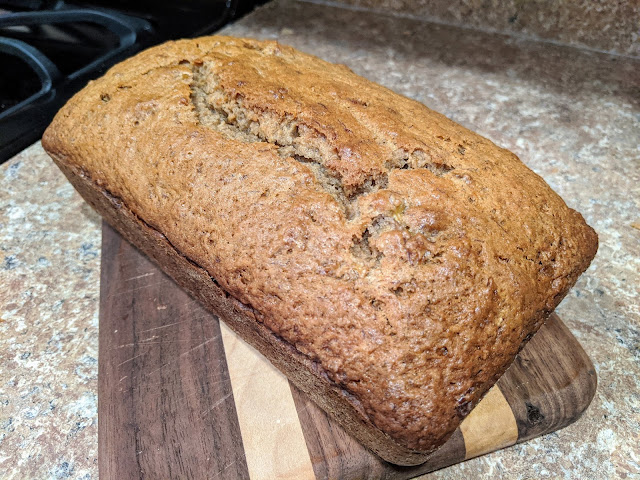 As the temperatures dropped, I really felt like making a pumpkin pie. I'm the only one in the house who will eat it, so I decided to go non-traditional and make a pumkin-Nutella pie with a speculoos cookie crust. Speculoos cookies are a Belgian wheat flour cookie with all of the warm fall spices like cinnamon, clove, nutmeg, and ginger. I think it came out really good and Christine even tried a piece. She said it "tasted like fall" and I think that a really good way to describe it. I'll probably be making a couple more pumpkin pies before the year ends. 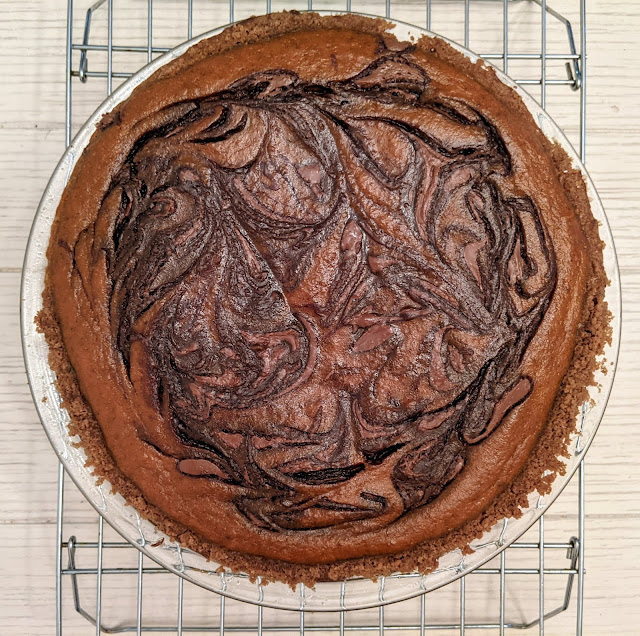