Hockey is back and so am I The NHL started its new season last night and I've made the decision that I want to get back into watching and following hockey like I used to.

There was a time in my teens where I was watching hockey games almost every night. This was way back when ESPN still televised the games on a regular basis and the amazing goals filled their top 10 highlights. Over time, I watched less and less hockey and focused mostly on football. I still checked to see how my favorite team, the Colorado Avalanche were doing, but catching a game was very rare. A couple of years ago, shortly after our second child was born, Christine and I decided to give up on watching the NFL. Neither of us really had our hearts in it anymore and with a young family, we had other things to do all day on a Sunday. It doesn't help that the NFL has become a joke for so many reasons. So it's been a few years of just checking out the sports highlights and top stories without doing any real watching, other than Syracuse college basketball game or two, but now I'm ready to jump back in fully.

The things that attracted me to hockey in the first place are are obviously still a part of the game but most games being scheduled at night and it's quick play time makes it very appealing from a schedule standpoint. After the kids and Christine are asleep, I'm normally up for a couple of hours so I'll be able to watch an entire game before bed or the end of one and part of another. With an 82 game season and now 31 teams, there are multiple games on pretty much every night of the week. Even though I won't get to watch the Avalanche play much, due to being outside of their television region, I can still watch a game that I enjoy. There are many reasons to enjoy hockey and if you've never really gotten into it, let me go over the things that I enjoy most:

1) Goals
The goals are obviously the most exciting thing about the game. They compare best to soccer because they don't come nearly as often as other sports but they are exciting and can come at any time. But it's not just the rarity of scoring of a goal that makes the game exciting, it's the way in which it's done. It's unbelievable sometimes how players are able to put the three inch rubber disk into the net. Here is a great video of exactly what I'm talking about:

2) Overtime and The Shootout
The rules have changed over the years, because when I started watching hockey ties were still a thing. Well that doesn't happen any more. Now if a team doesn't score a goal in the sudden death overtime of just 5 minutes, teams go to a shootout until one team prevails. The tension of overtime, knowing the game could end at any second is one of my favorite things about the sport.

3) Non Stop Action
Sure, there are stoppages due to penalties, goals, and intermissions but the game is so fast and things can take a turn at any second. There's no play and then a pause before the next one, no pitch followed by a batter stepping out of the box and having to readjust after stepping back in, and no timeout after timeout or intentional foul to drag the end of a game out. It's possible to get 7 to 9 straight minutes of play without any stoppage, there aren't many sports that can give you that.

4) Hits and Toughness
There may not be as many hits as a football game but the hits in hockey are often explosive and amazing to watch. The fact that these guys can take the hits both from other players and from laying their bodies out to stop a shot is incredible. Those who play the game are the toughest athletes around. What other sports have players who lose teeth or need multiple stitches and come right back into the game without missing a shift?

5) The Playoffs
Regular season hockey is exciting but if you've ever watched playoff hockey, it's a totally different animal. It's faster, harder hitting, and more tension filled than any other playoff system aside from the NCAA basketball tournament. Each round of the playoffs is a seven game series so unlike football, the better team USUALLY comes out the victor and takes the cup.

6) Games Don't Drag On
A game of hockey has pretty much always been shorter than a football or basketball game, especially now. Even with the stoppages and intermissions, a game will likely be over within a couple of hours, two and a half if you have overtime and a shootout. Both the MLB and NFL are pushing three hours of television time.


All of that being said, I've always been a hockey fan and I'm so excited to get back into the game. 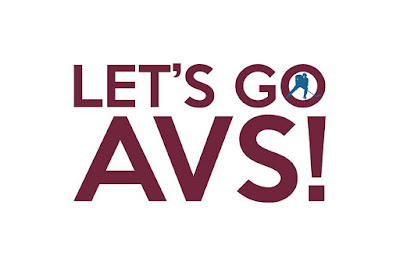