The second month of the year was mixed bag, but mostly good. Like January, I feel like February flew right by. Our schedules have been hectic both during the week and on the weekends, but that didn't stop me from getting some of things I wanted to accomplish done.

1) Write at least 2 blog posts each month
I wrote more in February than I have in quite some time, with 4 posts on top of the January update. I didn't mean to post something each Tuesday, until I noticed the first three were posted that day. Not wanting to break the streak, I made the last post available early to keep it going.

I wrote about my favorite kind of potato chips.
I shared the story of how I acquired one of my new favorite games.
I covered how I'm decluttering my digital life.
I did an update on our board game collection.

2) Complete the 10 x 2 Board Game Challenge
We weren't successful at all with our challenge this month. There wasn't a lot of free time for us at home, but hopefully March will be better. We're still ahead of the challenge a bit because we have 10 months to get in 18 plays. I did so much with the other two things that I can't be too disappointed about this one getting left behind.

3) Bake at least 2 different baked goods each month
I didn't have much of a plan theme-wise for February, I just baked when I had time on the weekends. I started the month making a simple sourdough loaf that almost got ruined before it went in the oven. I had set it on the stove to rise, but didn't realize our gas oven releases heat near the back panel. By the time I realized this, the back half the the dough started to crust over. I quickly threw it in the oven to try and save it. It worked out pretty well, but it resulted in a lopsided loaf that cracked quite a bit. 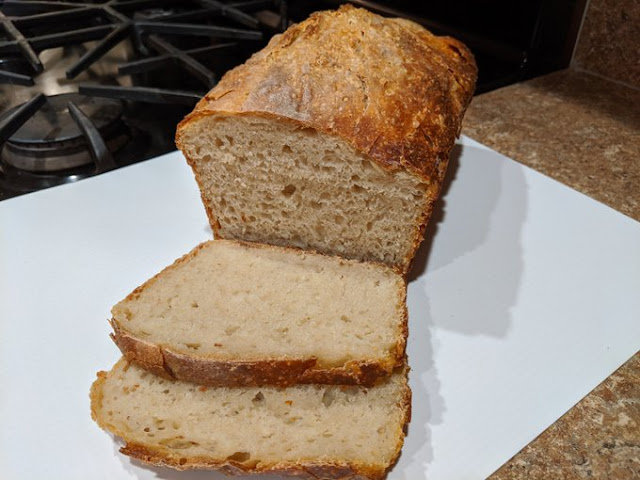 I really wanted to make french onion soup after seeing Binging with Babish cover it on YouTube. If you've never seen the channel before, I highly recommend checking it out. I'll probably be doing a post on it in the near future. I've made french onion soup before, but it's been over a decade. I last made it when we lived in our house in NY. I even bought the soup crocks specifically for it back then. When we were going through our stuff before moving into our new house this summer, I found the crocks and vowed to use them soon. Using a different sourdough recipe, I made two baguettes to turn into the little croutons that hold up the melted cheese. With the leftover dough, I just made standard boule for eating. 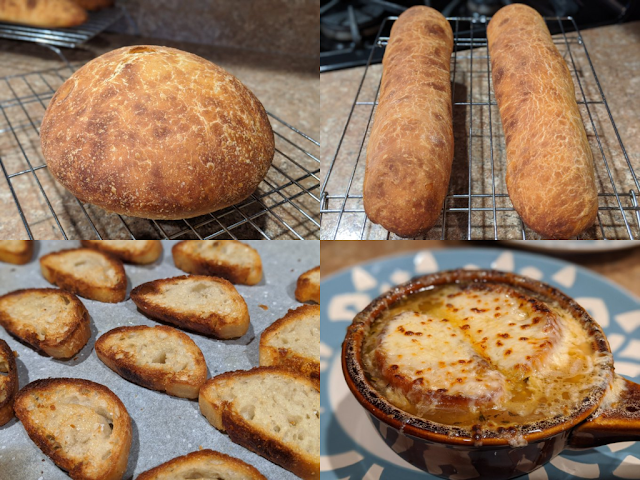 I'm always looking for ways to improve my bread making and was recently turned onto another YouTube channel, Bake with Jack. He's a bread baker from the U.K. that shares bread baking tips each week. Since watching his channel a few months ago, I think my bread has already improved quite a bit. I picked up a great technique for seeding and scoring bread, so now it looks even better than anything I've done before. I made a standard sourdough and then topped one with everything bagel seasoning and the other with salt and caraway seeds. I really like the way they turned out. 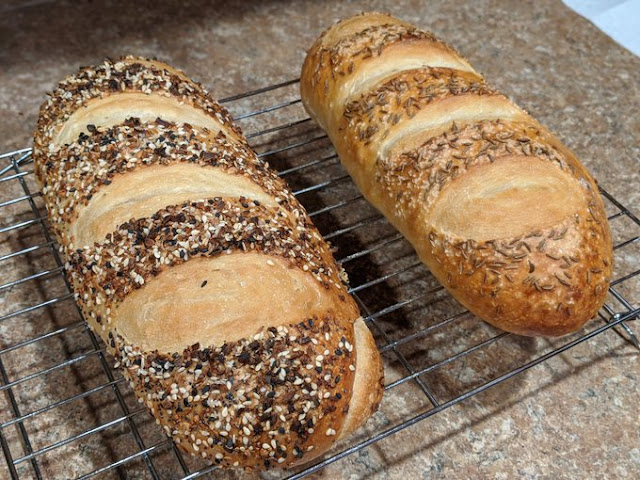 Not wanting the entire month to be just bread, I decided to make a coffee cake. I didn't love the way the topping came out, but it still tasted great. Next time, I'll add melted butter into the crumbs to get the craggy style I wanted. Grace really enjoyed it though, enough that she asked for it the next few mornings for breakfast. 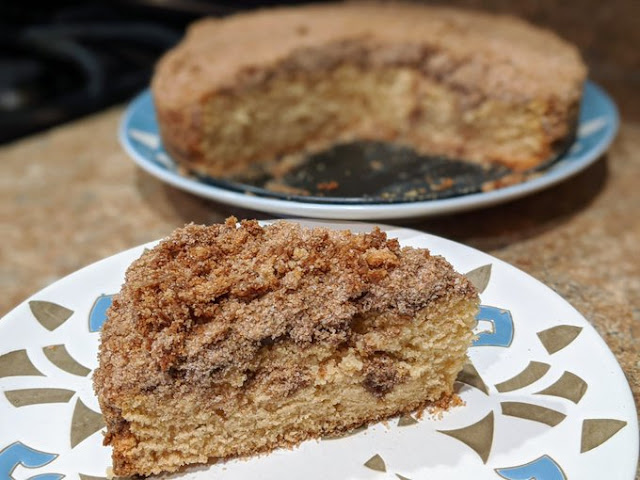 Back to the bread! I'm getting closer and closer to mastering a sourdough sandwich loaf. The crust and crumb are right where I want them, just need to find the sweet spot on the pre-bake rise. This is probably the softest and least dense loaf I've made thus far. 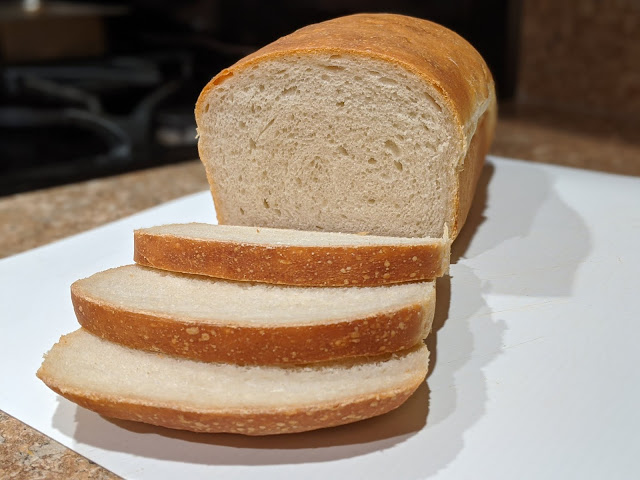