This is it. The last update for my 2018 resolutions. I crushed two of them and am very happy to report that I've got a solid start on the last. I don't think I'm going to a do a monthly update for 2019 because I was only going to set a single resolution, but I will write about my progress periodically. We'll get more into that in a second, let's see how I fared in December.

1) Bake more bread from scratch
So I thought I'd have made a bunch of bread this month, but then I remembered that we had cookies to make and other tasty treats for our guests during Christmas week. But that doesn't mean I got no bread baking done. Early on in the month, I baked a couple of wheat stalk scored loaves. I wasn't happy with how the first one came out, so I took another portion out almost immediatly and tried again. The second one came out much better. I plan on working on this cut in the future. 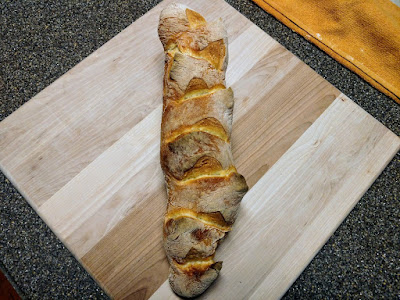 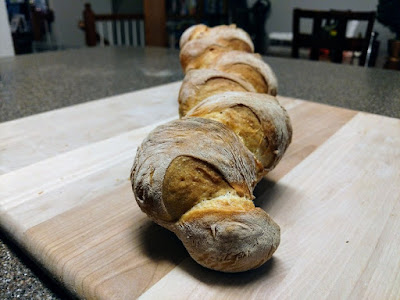 I do have to say, that the bake on both of them was nearly spot on perfect. They had a great flavor, crust, and hole structure. The idea is that you rip off chunks that are essentially rolls. I made a small one pound loaf with what I had left later in the week but forgot to take a picture. I did a plus sign scoring on it and while it looked good, I wish I had baked it for a few more minutes so it wasn't so dense. 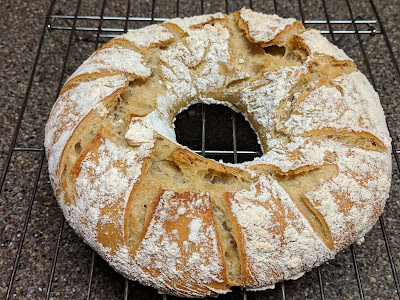 I wanted to try making a couronne (translates to crown) loaf for a meal during my week off. I was very happy with the bake because the crust and crumb came out perfect. However, I scored the loaf too many time which caused the large cracks you see on the top. Overall I was happy with my first attempt.

Sadly nothing new that's part of my collection. We did play Connect 4, a game the kids got. Also, Christine and I are getting a lot of enjoyment out of this Paw Patrol version of Don't Break The Ice: 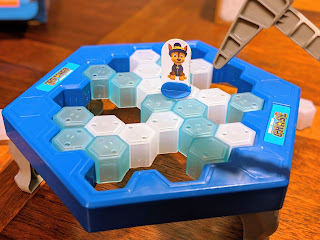 There's a spinner that determines what color piece you have to knock out or skips your turn. A skip a turn spin might help you late in the game, possibly forcing your opponent to make the final move that makes Chase fall. Ben has no fear when playing, which doesn't always bode well him. This was definitely a great pick up.

3) Meditate on a regular basis
I've done it people. I put my nose to the grindstone and successfully meditated every single day in December. It couldn't have happened at a better time because I find December to be a very stressful month. Almost all of my sessions have come right before bed which I've been resistant to in the past. I would still like to start my day with a few minutes to sit, but I have been sleeping better so there's a positive of doing it at night. 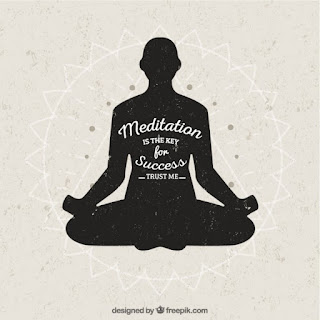 About half way through the month, I downloaded the meditation app Headspace simply as a way to track when I've meditated. I haven't used their guided meditations yet, I just play one as a timer with the sound off. I'll definitely try them out soon to see if I prefer guided over the Zazen style that I've always done. My "resolution" for 2019 is to meditate everyday, or at least as often as possible. It's a big part of the continued work on my health and self.
Bread Buddhism Life Resolution Tabletop