October 25, 2017
The start of another BurrEato is only one week away! Think you have what it takes to eat 30 burritos during the month of November? Come join us! 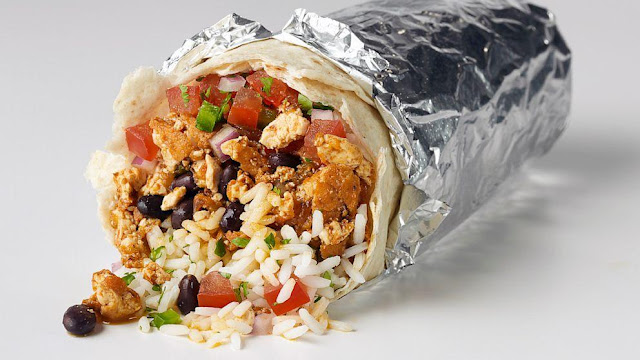 Come on in the water's warm

BurrEato is the sister competition of Taco de Mayo. You may remember my post from back in May about Taco de Mayo, where I participated in the challenge to eat 31 tacos in 31 days. I was successful and was able to set a new personal record of 66. That number was of course no where near the top spot of 310, set by the same person who ate 306 the year before. If you missed out on participating in that fun, mark your calendar now for next May.

Now on to BurrEato. The main challenge is to eat (at least) 30 burritos in 30 days. This isn't as easy a feat as eating 31 tacos but it's definitely doable. The person who ate the most last year set an astounding record of 146.5. She is the same person who has eaten the most tacos for the past two years. In the past three years of participating, I've only mustered 33, 34, and 37 respectively. This year I'm just aiming to complete the challenge instead of beating last year's total.


Burritos don't have to be bad for you

If you think you can't do it because you're on some sort of diet or eating that many calories doesn't fit into your regular meal plan, don't fret because the rules are loose. The only hard rule is that it needs to fully wrapped like a burrito normally comes, you can even use lettuce or cabbage leaves if you choose. However, to make it more inclusive, burrito bowls will count this year. So if you're trying to avoid the calories and carbs a large tortilla brings, you're in luck. Also, you control what goes into the burrito, there is no need for Mexican style ingredients. Even if you don't think you'll be able to eat that many burritos, any you can contribute to the overall total would be greatly appreciated.


Super competitive? We've got you covered.

There are also a bunch of other challenges that you can participate in, thanks to the person who is running it. They include:

Given to anyone who can come up with a home-made, hand-rolled burrito that includes a flour tortilla (either homemade or store bought) and (at least) these four ingredients:
• You may add any spices or other ingredients to your final product, and you may alter the natural state of the four special ingredients in any way of your choosing.
For instance, you could make your own tortilla that uses tequilla instead of water.
• No pita bread allowed as a wrapper. I think we'd allow lettuce or cabbage as a wrapper, instead of a tortilla, although including meat in this challenge makes it slightly less likely that this will happen.
• Creativity will be appreciated, and at least 5 thumbs-up from your fellow challengers will qualify you for the award.
• As always, photos of the final product and/ or the process of manufacturing are encouraged.

The "How Odd" Award

Oddly, it will be given to anyone who decides to eat burritos only on any odd-numbered dates in November (Nov. 1st, 3rd, 5th, etc.). If you do eat any burritos on an even-numbered day, you cannot compete for this award (we're using the honor system here!) but those do add to your personal overall totals.

• Note that if you eat at least 2 burritos on each of those 15 odd-numbered dates, you will reach 30 for a total.

The "Model of consistency" Award

Awarded to anyone who manages to eat at least one burrito on every day of the 30 day Burreato Challenge.

The "It's true, I don't know how to cook" Award

Given to anyone/ everyone who completes the Burreato challenge of at least 30 burritos consumed in 30 days, but having purchased every single burrito at a grocery store and/or restaurant in order to do so. Eating just one homemade burrito means you will miss out on this award, but then at least you can say that you made one burrito yourself.

The "You ain't seen nothin' yet" Trophy

Awarded to the heaviest burrito consumed. This could be homemade or purchased.We will need photographic evidence here. Mandatory stipulation: Eat it. If it takes you two or three days to finish it then that's fine, but that only counts as one burrito on your total...

Awarded to the top finisher (more, if there are ties). How many different ingredients can you put into your burrito, and still get it wrapped up? It is the number of different foods that end up in your burrito that matter here, not really the amount of them. You can sprinkle sesame seeds, or shredded coconut, on your final product before wrapping and call that an ingredient, but putting a single corn flake into the thing is obviously not in the spirit of the award.

Awarded to a (randomly chosen) participant who tries to participate in any Trophy or Award attempt, without winning one of them.

250 GG (yes, you read that correctly!) to a random participant who completes the challenge.

To win this challenge, you have to be the person who has eaten the most burritos which contain a HOT sauce (or salsa) in them.

The much desired and rightly coveted prize: A bag of homegrown, dried, and crushed Chili Flakes will be awarded to one random finisher.


So come join in on the fun!
Burritos Food