July was the month I've been hoping for all along. I did some blogging, we played some games, and there were plenty of tasty baked goods. I don't expect the rest of the year to go this way, but it was a great month overall.

1) Write at least 2 blog posts each month
Christine and I took a trip to Chesapeake City and the Fairwinds Cottage.
I shared one of my favorite YouTube channels, You Suck At Cooking.
2) Complete the 10 x 2 Board Game Challenge
Thanks to our trip to Chesapeake City, Christine and I had some time to play some games for our challenge. We started off by playing our second game of Warsaw: City of Ruins. I really like how fast the game plays and how fast it ramps up in the later rounds. 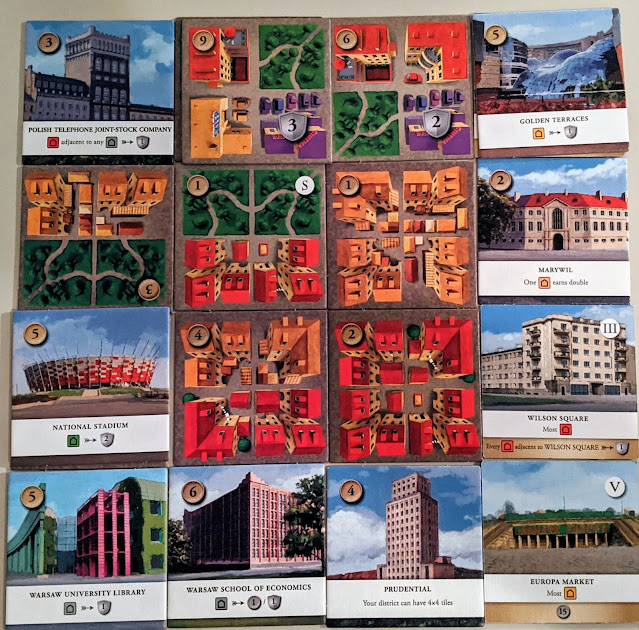 Split over two days, we played both of our games of Potion Explosion. Christine kicked my ass both times. The first game was closer than I thought, but the second was a bloodbath. 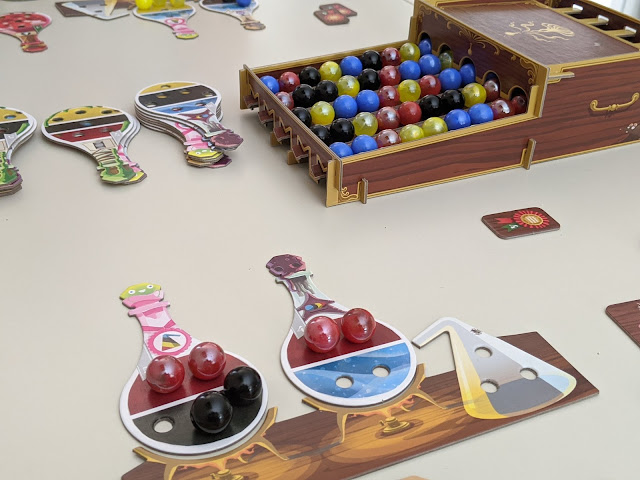 We also got in one play of World's Fair 1893 and I pulled out a close victory. I like this area control game at two. 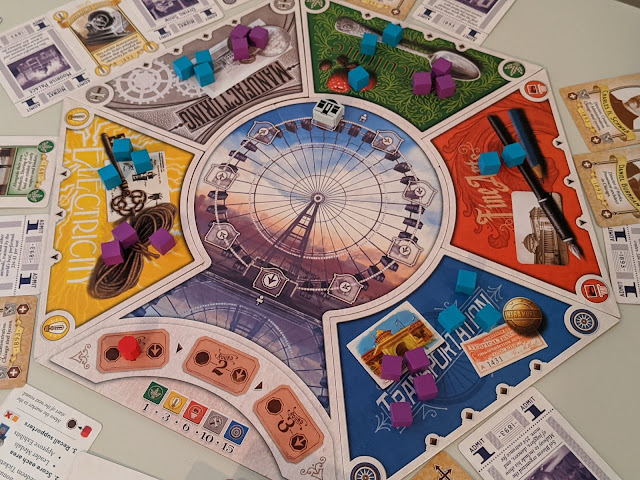 Christine and decided to play one of our games with Shawn and Kelly so we have a better shot at completing the challenge. With the one play of Takenoko, we are officially half way through the challenge. If we can average exactly 2 games per month for the remainder of the year, we'll be successful. 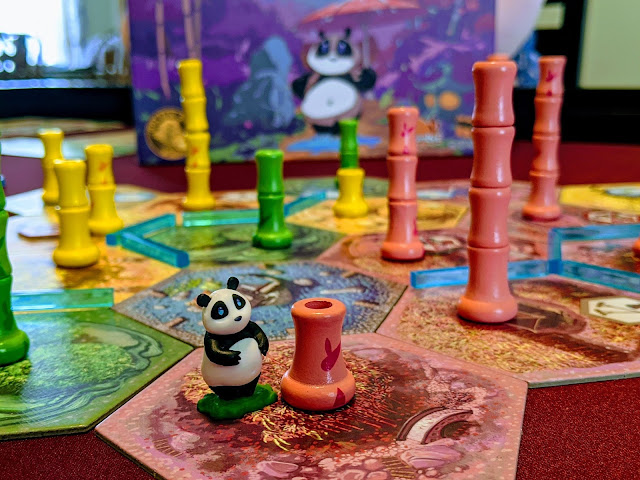 3) Bake at least 2 different baked goods each month
July was another great month for baking despite the oppressive heat for most of it. The first weekend saw three things get made. The first was sourdough crackers that I made with the discards after feeding Lucille. I folded some shredded Mexican cheese into the dough before baking. They came out a lot better than my previous attempt, probably because of the cheese. Next time I'm going to roll them nearly paper thin and I think they'll be perfect. 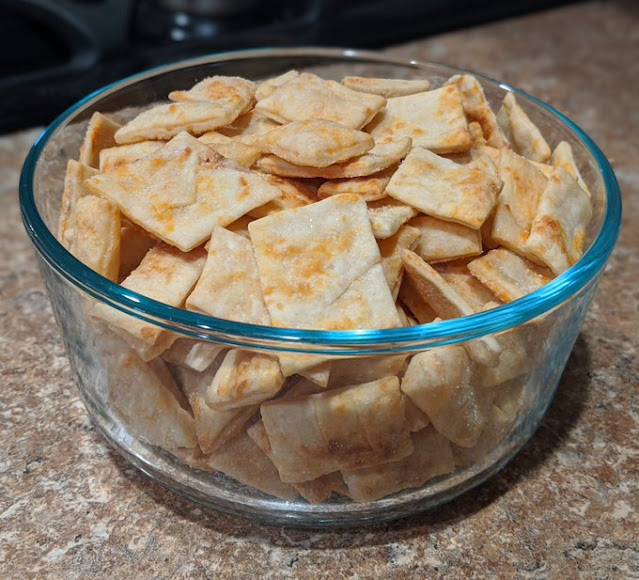 We attended a 4th of July party with a our friends and their families and I was asked to bake something so I made a themed poke cake. Using strawberry and blue raspberry flavored Jello, I was able to get red and blue into the white cake. I then topped it with Cool Whip, sliced strawberries, and blueberries in an American flag pattern. It turned out really good and everyone who had a piece seemed to enjoy it. This version of poke cake is such a great summer dessert. 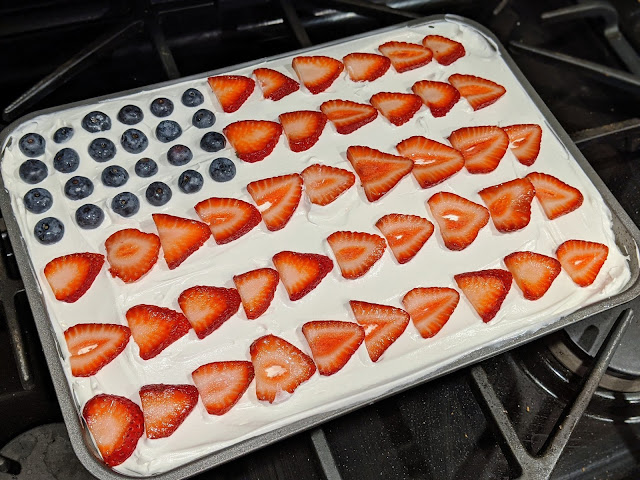 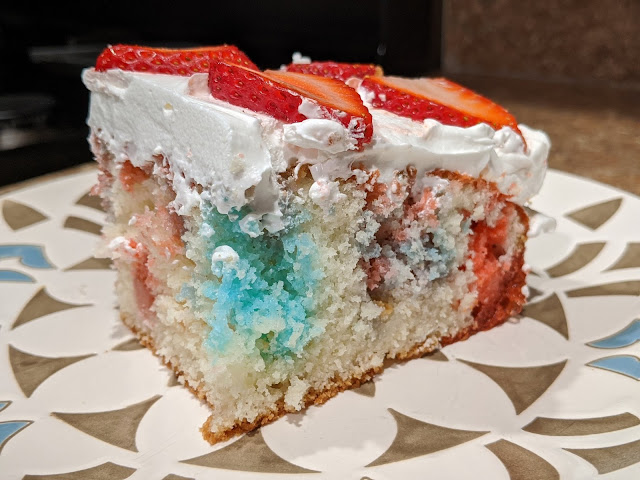 The last thing for the weekend was sourdough cinnamon rolls with homemade cream cheese frosting. They came out a little sweet for my liking and not nearly as buttery as the non-sourdough batch I made previously. That's not to say they weren't good. The girls really like cinnamon rolls, so I'm going to keep making them until I find a recipe I really like too. 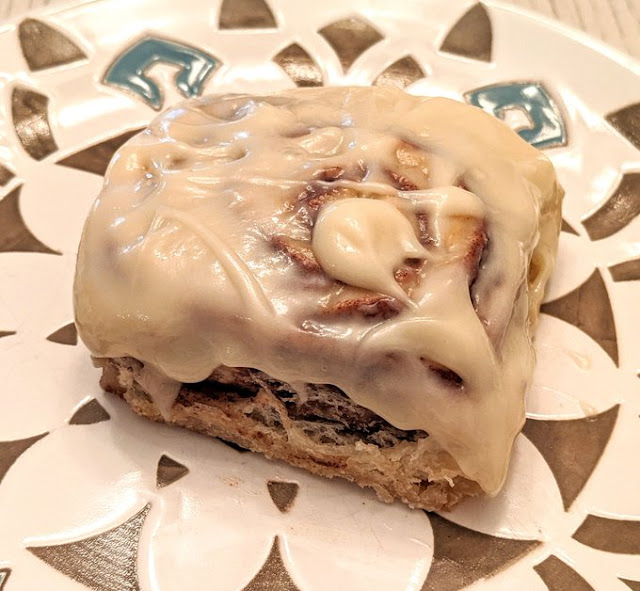 When I don't know what to make with my sourdough discards, I always default to bread. I hadn't made ciabatta in a while, so I made ciabatta rolls which turned out really good. I want to start making more rolls for sandwiches and things so I always have something on hand at a moment's notice. 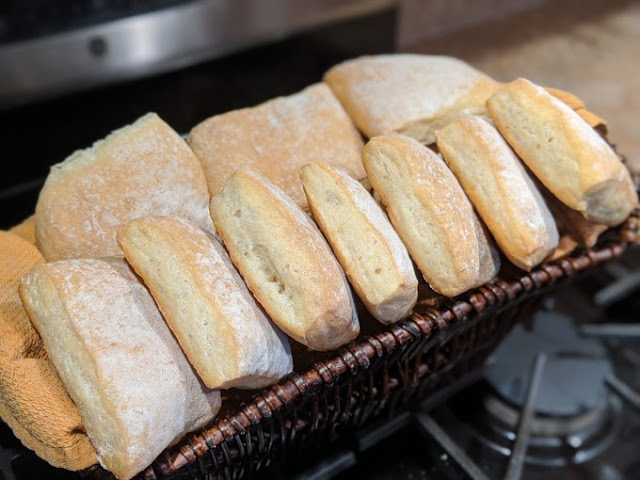 Standard artisan bread with just flour, yeast (or sourdough starter), salt, and water is always good. Sometimes you want soft supermarket style white bread so I made Joshua Weismann's recipe and subbed in some sourdough discard for a portion of the flour and water. This loaf turned out sooooooo good. It will for sure be my go to for a basic white loaf. I ate sandwiches off of it for days. 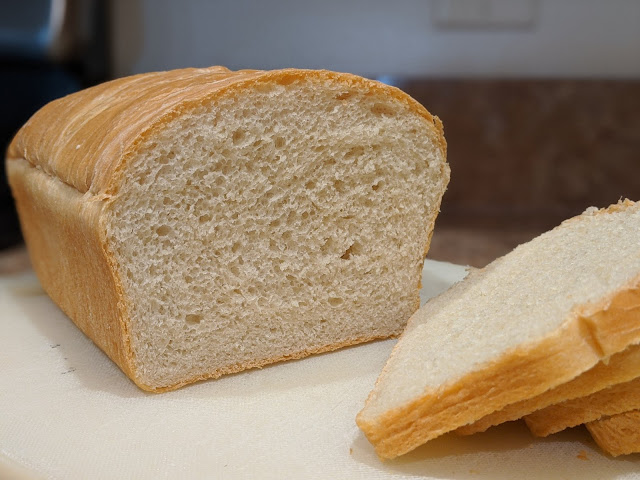