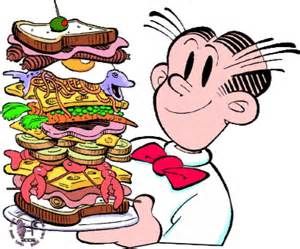 If you know me, you know that I LOVE sandwiches. I even wrote a whole blog reviewing them when I live in Syracuse called, Syracuse Sandwich. I obviously stopped doing that blog when I moved but my interest in all things sandwich has never waned. I've wanted to do a top 10 sandwich list for a while but it's so hard to cut the list down to just 10. One thing to note is that I'm not including sandwiches that can only be found at one restaurant or chain. If that were the case, the sandwich menu from The Blue Tusk would take up the entire list. Shout out to the lobster BLT on a croissant.

While all of the sandwiches on this list are delicious, I want to mention a few that you won't see below that I really enjoy: *SPOILERS* The salad group (Egg, Chicken, Tuna), the classic PB & J, Po-Boys, the Reuben, Bacon Egg and Cheese a.k.a. the breakfast sandwich, the parm group (chicken, eggplant, veal), Banh Mi, BBQ brisket, the BLT....I could keep going with this list because there aren't many sandwiches I don't truly like. So what's left now that I've named so many already? 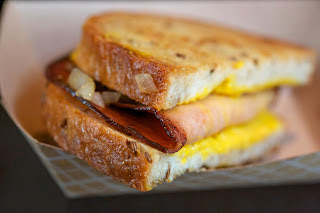 This is a guilty pleasure if mine from my childhood. A regular bologna sandwich with cheese and mustard is good any day of the week. But a fried bologna sandwich, especially good quality bologna sliced a half an inch thick on rye, is something really special. There is a German booth in the International Building at the NYS Fair that makes that exact sandwich. I only had it there once but I'm dying to have it again. 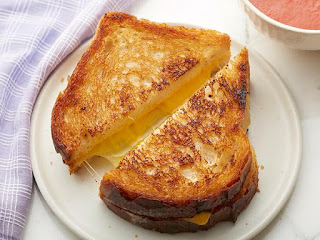 The grilled cheese is a classic. No matter what cheese or bread combination you use, it's probably one of the most comforting foods known to man. While I don't mind a fancier or more grown up version, a quality white bread with Kraft singles is just fine. I have fond memories of dipping my triangle-cut sandwich into a bowl of hot tomato soup on a cold day. The fact that it's so easy to make has kept me enjoying them roughly once a month since I moved out on my own. 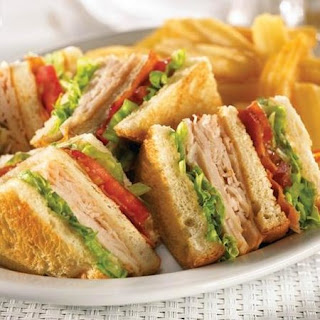 This is sort of a cheat because I'm including any deli meat club sandwich. Whether you get ham, turkey, roast beef, or whatever, the club is a pretty clean and classic sandwich. Lightly toasted bread with tomato, crunchy iceberg lettuce, and mayo is the perfect base for deli meat and a couple slices of salty bacon. I originally had this off of the list entirely but it's a safe pick that you can get any diner and a good turkey club just makes me happy. 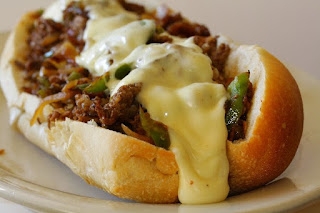 I am shocked that this is ranked so low considering it's so good. There isn't a lot better than thinly sliced beef that's topped with cheese (Cheez Wiz FTW!) and whatever other traditional toppings you like. I prefer mine loaded with onions, peppers, and mushrooms. Living in Delaware, pretty much any place that serves sandwiches has these on their menus. They're not always good but they're never really bad either. 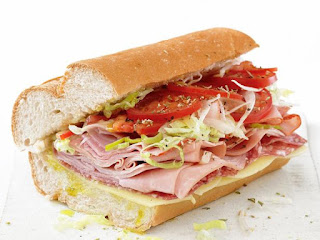 I've always been a huge fan of deli subs and there are none better than the Italian. The combination of cured meats, provolone cheese, lettuce, tomato, onion, peppers, dressing, salt, and pepper is just dynamite. Sure it's a salt bomb but as long as you're not eating one a day, you're blood pressure should stay pretty normal. There are a bunch of places in Delaware that do a great job making these so I can indulge knowing it'll be good. 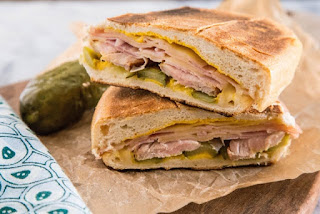 A proper Cuban sandwich is nothing but pure porky goodness. Whether you like the version with or without salami, the pork on pork sandwich doesn't get consumed by me nearly enough. I really like vinegary flavors so I think pickles and mustard are perfect compliments to the saltiness from the meats and cheese. The bread and how it's pressed are key to any good Cuban, so if you see one on a menu that isn't pressed, don't waste your time. I mean it'll still be tasty I'm sure but why settle for anything less than the best? 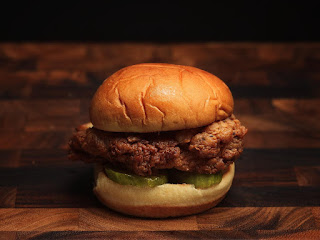 Who doesn't like fried chicken? It's probably a top 10 food of mine even though I rarely make it myself. There are so many delicious versions of this sandwich that it's nearly impossible to be anywhere but maybe the boonies without being able to obtain one. Fast food chains like Chick-Fil-A and Wendy's have done a great job making them popular across the country. I happened to have a spicy deluxe from Chick-Fil-A just this week. Want to know what's better than a fried chicken sandwich on a bun? A fried chicken sandwich on a biscuit. *drool* 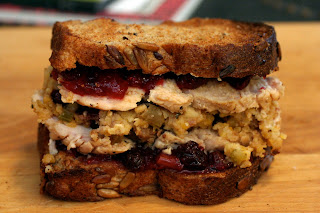 This one should come to no shock to you if you read my post about Thanks-giving, Thanksgiving is the best holiday. Period. Full Stop. In it I highlighted the Bobbie from Capriotti's and The Stuffing Sandwich by Dan Pashman from The Sporkful Podcast. No matter how you put together a sandwich from Thanksgiving leftovers, it's bound to a tasty treat. What made this selection so high on my list is the rarity in which I'm able to enjoy it. I really only have one of these a year and even though I hype it up and look forward to it so much, it NEVER disappoints. I'm kind of wishing it was November right now. 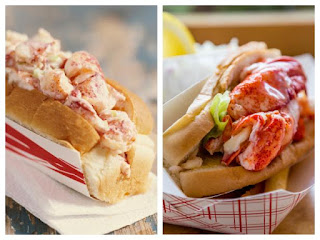 This is another cheat on the list because I'm including both versions of the Lobster Roll: the cold version mixed with mayo and the hot version served with melted butter. Either way you're getting a buttery New England style hot dog bun stuffed with one, if not, the best proteins in the world in terms of taste. My grandparents used to live in Maine and even though we stopped a shack or two along the coastline when we visited, I regret not taking more advantage of drastically cheaper lobster while we were there. I did have a hot version at Red Lobster that was half decent a few weekends ago but it was no where near as good as fresh out the ocean that day lobster. 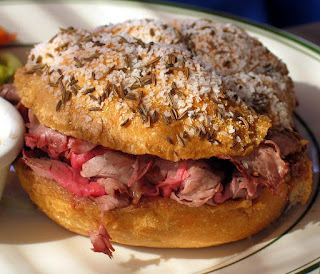 So here we are, my favorite sandwich. If you were to read the description for a Beef on Weck sandwich, you probably wouldn't think it's anything special. It's roast beef on a kimmelweck roll served with au jus for dipping and horseradish to spread on. Sounds very much like a French dip, but it's so much more. Good roast beef on it's own can make a great sandwich but the roll is what makes this sandwich amazing. A kimmelweck roll is a Kaiser-style roll topped with coarse grain kosher salt and caraway seeds. If you've never had one, you NEED to either make one at home or find a place that serves this sandwich. If you live in the Buffalo area in  NY you'll have no problem. Outside of there it'll take some looking. My first experience having one was at Jake Hafner's in Syracuse, NY. I've since found them here in Delaware and a few other places along the eastern seaboard.