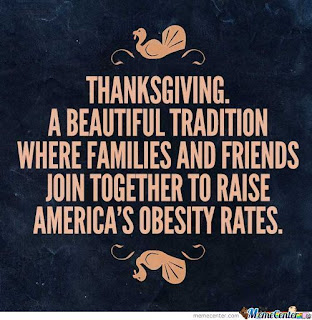 Food, family, friends, and football. Those are the marques of the best holiday that we in America celebrate. There is no better holiday than Thanksgiving; seriously it's not even close. It is by far my favorite holiday for many reasons and I think it should be yours too. I honestly believe that it doesn't get the respect it deserves. It falls in between Halloween and Christmas, both of which are holidays that only children should truly enjoy. Just as the former ends, businesses quickly replace costumes and candy with Christmas trees and toys. We all need to slow down and enjoy the holiday that brings the least amount of stress, or at least allows you to acceptably eat yourself into a coma to forget all of your troubles.


The food is plentiful on Thanksgiving 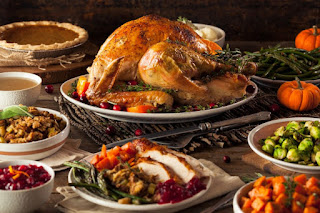 Let's get the big one out of the way. Thanksgiving is built around mashed potatoes and stuffing, that alone is enough to take the top spot as best holiday. The turkey is great, as are the rolls, cranberry sauce, gravy, and all the other sides. Then there are the pies, oh the pies. Pumpkin pie is one of my favorites and it's probably a lot of peoples' because pumpkin spice everything is around starting in late September. The food is the star of this holiday. It doesn't take a back seat to some other part of the holiday, it's all about the feast. The holiday that comes closest of having enough food to eat yourself stupid would be Christmas. But the food is just an secondary incentive for wasting time and money on stuff nobody actually needs, and pretending to be religious since that's what the holiday is truly about.

Then there are the leftovers. Honestly, I look forward to the leftovers more than the fresh meal. I normally eat a plate of fresh food and then wait for dessert. Being a fanatic about sandwiches and a carboholic, no holiday gives you the ability to make the best sandwich ever created. There are many Thanksgiving inspired sandwiches offered across the country, most famously, The Bobbie from Capriotti's. A few years ago though, I was turned onto a leftovers sandwich from Dan Pashman of The Sporkful Podcast that trumps all others. He calls it The Stuffing Sandwich and it's a thing of beauty. Do yourself a favor and make one of theses this year. 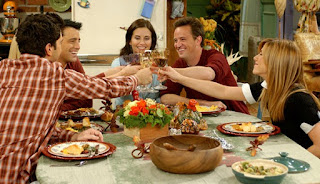 The older we get, the more we have on our plates (get it? we love eating!) so Thanksgiving is the perfect time to stop and take a moment to spend with family and friends. Since there are no presents to buy or costumes to wear, you just bring yourself and your appetite. You get to enjoy each other's company without much stress. That is, unless you have a crazy uncle who wants to make the whole day weird with his out there politics. There also isn't as much expectation that comes with other holidays. Can't make it? Have fun enjoying it at home or over at a friend's house. That's another nice thing about Thanksgiving, "Friends-giving" is an acceptable way to celebrate. Try the same thing at Christmas and everyone thinks you hate your family. 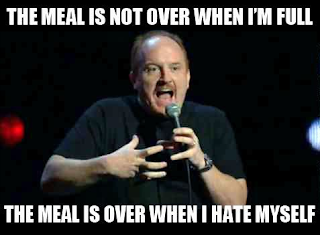 After consuming three to five days worth of calories, it's perfectly fine just lounging around the house for the rest of the day. There will be a TV somewhere with something on, whether it be the Macy's Thanksgiving Day Parade, NFL games, or Charlie Brown getting the football pulled away from his foot at the last second. Sit down on the couch with everyone else who can barely keep their eyes open and slip into the tryptophan induced food coma. You can't do that on Christmas, at least not where I've ever been, presents still need to be opened. Instead, you get to just chill out until your body kicks you awake, you see that it's almost 9 p.m., and everyone has gone; the perfect time for a leftovers sandwich or another slice of pie.

There is almost nothing to do for Thanksgiving

Make food, eat food, sleep. That's literally all you have to do on Thanksgiving. There are no presents to buy or wrap, costumes to wear, cards to send, newsletters to write, no elves to move around each night, or services to attend. You don't even have to put up decorations. If you really want to, buy a cornucopia at Michael's, slap it on the table, and boom, you're done. Forget freezing outside as you string up the lights that you didn't bother to check and see if they worked before plugging them in after they're hung. No need to drag the artificial tree up from the basement or a fresh one that'll drop pine needles that you'll be vacuuming up well into July.

As we covered recently, Halloween has been ruined because we're not allowed to have anything nice in this world. It's a holiday where kids dress up and go to strangers' houses to get candy. How that got fucked up is beyond me. Don't even get me started about our daughter's "Orange Day Party" at school. Then there is the juggernaut of triggering and offending, Christmas. Don't say Merry Christmas, say Happy Holidays, no wait don't say that either because some people don't celebrate holidays. Is that a Christmas tree in the lobby?! I'm offended by that. Please put up a menorah and a kinara and an empty pedestal. All religions and non religions need to be recognized. I get it and I don't care what holiday you celebrate or don't celebrate during the month of December. 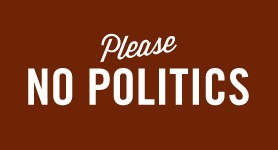 Pretty much everyone celebrates Thanksgiving and there are almost no trappings that can ruin it. There is nothing to take offense to unless it's something a drunken family member says to you. But that has nothing to do with the holiday itself. You can say "Happy Thanksgiving" and nobody is going to start screaming in your face or ask to speak to your manager. I almost don't want to say this, just in case the offended for no reason take it and run, but I'm surprised that isn't a stronger movement against it since we're not allowed to have nice things.

The food is the best, there is almost no effort needed, you get to hang out with family and friends, and it's one of the last politically free things we have left in this world. There isn't a holiday out there that can claim all of those things which is why Thanksgiving is the best holiday. Have fun with the stress and bullshit of Christmas, the danger of blowing off your arm during the Fourth of July, and having to check your kid's candy for needles. Meanwhile, I'll be on the couch waiting for the tryptophan to wear off so I can go back for round two.