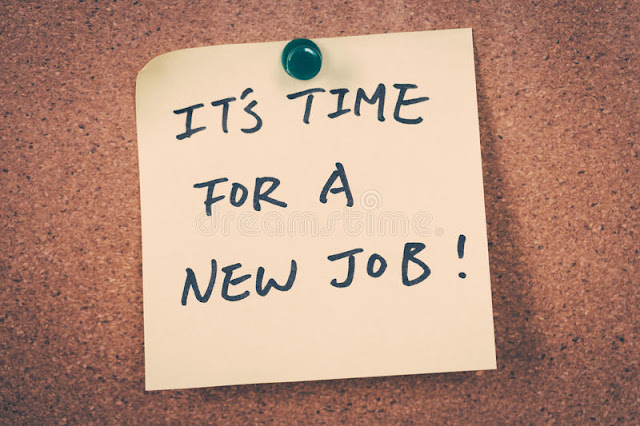 Well it's finally happening, I'm leaving my current position with the State as an Administrative Specialist. I've been working for the same section for nearly 10 years now and doing the same work  (for the most part) this entire time. Before anyone who follows along gets too excited, I'm not turning First State Pizza into a full time gig. My plans for that project are still very much up in the air, but I'll have an update with more at the end of the year. I've written many times about the lack of passion for the work I do here and how I've been torn on what to do going forward. Having committed to sticking with the State for the long haul, I've kept an eye out for jobs that would bring a new challenge and that were in a section whose work is closer to my personal interests.

A fiscal position opened up in a section that I've always wanted to work in and I was able to secure an interview. I've applied for this type of position elsewhere when I was just looking to make more money, but my heart was never really in it and perhaps that came across in the interviews. We've not been in the position where I needed to earn more ever since we moved into our current home. Because of that, I haven't been applying anywhere for a couple years no. It also allowed me to really pick and choose what jobs to go after. So when this opportunity opened up, I had to take a stab at it. The interview went really well, despite the clothing debacle that preceded it the night before, and I was then offered the job about a week later.

So what's the job? I'll be joining the Emergency Medical Services and Preparedness Section as a Management Analyst III. Since this is a fiscal position doing budget and grant management, I'm doing some work related to what I do now along with many new duties. Will the work be considerably more exciting? That's still to be determined but I'm very much looking forward to doing something new. For a long time now, I've found preparedness and public health threats incredibly interesting. I think my work during COVID really helped me focus on that. I felt like I was really helping and accomplishing something when I was doing vaccine data entry, working in the call center, and putting together test kits by hand for hours.

While I'll still be doing "behind the scenes" work, I'm a step closer to seeing the direct results of what I do each day. Aside from that, there are a lot of huge plusses that made me apply for and accept this new position. There's the obvious pay raise, which is rather significant. I'm also working much closer to home, like a five minute drive from our house in Clayton to the building in Smyrna. That in itself is a raise because of less money spent on gas, less miles on a car, and less travel time. I also get to work in the building I've wanted to be back in since working there when our old building flooded. It's an old hospital that's been slowly converted into a shared space between the Delaware Hospital for the Chronically Ill and various public health departments.

I officially start later this month and don't truly know how it will affect everything else in my life. I'm gathering that not a whole lot should change as a result of this transition, but we'll see what happens. A big part of me is sad to leave my current section because I know what to expect from day to day. I've been here longer than any other job and there's a comfort in consistency. However, leaving the people I work with is going to be the much harder thing to get over. I've got a great supervisor, fantastic coworkers, and made a great friend over the past couple years. But now it's time to try out something new and see where it leads me.