Congratulations to the Colorado Avalanche 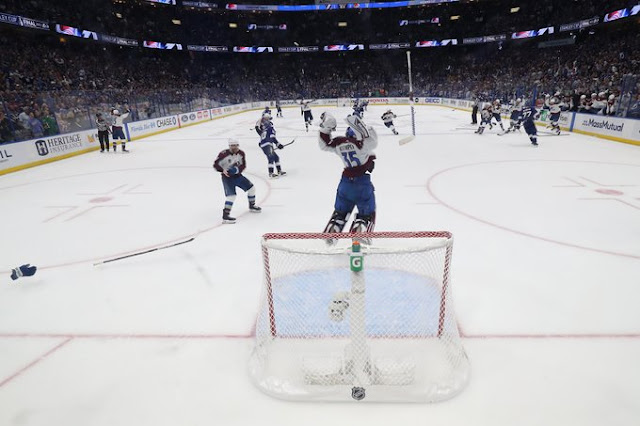 On Sunday night my favorite sports team, the Colorado Avalanche, won game 6 of the Stanley Cup Final to become the champions for the third time in the team's history. I've been waiting 21 years for them to make it back to the final and they came through in spectacular fashion. I got back into hockey five years ago but always tracked their progress. When I started watching them regularly, they were coming off one of, if not the worst season in franchise history.
They quickly turned things around and made it to the playoffs, but lost in the first round two years in a row. The next two years they went out in the second round, including last season when they won the President's Cup for having the most points at the end of the season. It was a punch in the gut to blow a lead against the Golden Knights to not make it to the Western Conference finals. Then we lost our goalie at the time, Phillip Grubauer, in the off season to the new expansion team, Seattle Kraken. I wasn't sure our back up, Pavel Francouz, and whoever else we picked up would be able to get us there.
Our general manager and franchise great, Joe Sakic, did an amazing job picking up some players in the offseason and then around the trade deadline that propelled us to having the best record in the Western Conference for the second year in a row. This team felt different than years past and it showed from the first round series against Nashville that ended 4-0. It took them six games to beat the St. Louis Blues in the second round because of their smothering defense and forechecking. Then they swept the high flying Edmonton Oilers, which had the two highest point scoring players in the playoffs, a record that still stood after the finals. 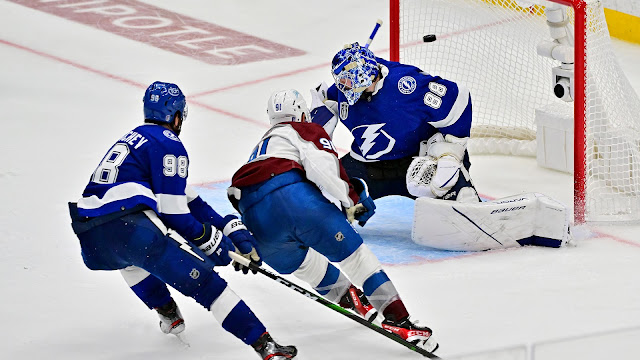 Having over a week off while waiting for a winner to emerge from the Lighting-Rangers series allowed some of our players to recover from injuries and kept the team's legs fresh. I knew the two time defending champions would really test this team and they pushed us to six games with two of them going to overtime. There were a lot of highs and lows throughout the series, but in the end they were able to hold on and secure the championship for the third time. It was a great series to watch and some of the best hockey I've seen in recent years.
While I'm sure we'll lose some of the critical pieces to this team before next season, I look forward to seeing Cale Makar, Nathan MacKinnon, and Gabriel Landeskog trying to repeat. Of the players in the photo below, I really hope we re-sign Andre Burakovsky, Nazem Kadri and Darcy Kuemper. They were all pivotal parts to this championship run and players that I enjoy watching. Congratulations to the Colorado Avalanche, you really earned this. Let's not wait another 21 years until the next one. Go Avs Go! 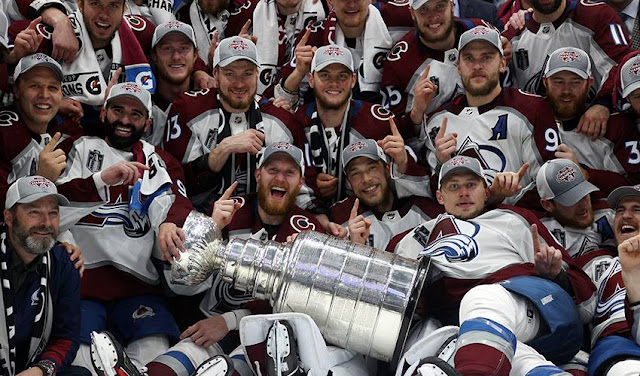