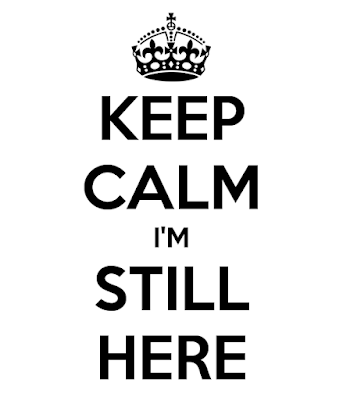 It's been almost 3 months to the day since my last post and I though I'd take a few minutes to just start typing and see what happens. I've not really had anything super specific to write about and even when I would have something that I thought could warrant a post, I ended up just not feeling like taking the time to do it. Part of it is me focusing on my goals for 2022, which are going fairly well, but that's a post for another time. However, it's the apathy that concerns me. Even writing this is feeling like a bit of a chore, but forcing myself to do it might make me want to do it more. I don't always feel like exercising and have gone through stints where I do more or less, but I feel physically and mentally better when I'm being disciplined and doing it regularly. So I'm hoping I can do that with blogging again. Taking a few months off has happened before, only now it's starting to weigh on my mind so I know I need to get back to it.

I planned on writing more this year but my mental health has not been great lately and it's been very apparent to the people around me. I've fallen into old habits and it's become bad enough that I realize when I'm not conducting myself properly while it's happening. I mean it's a good thing that I can see it in the moment, but then I get upset with myself because I'm upsetting others. As I briefly mentioned in my 2021 end of the year goals update, I've been seeing a therapist since July. I've found it to be immensely helpful, as shown by being able to better recognize when my behavior isn't acceptable. That's not to say it's fixed all of my ongoing issues and dilemmas, that's not what therapy is supposed to do. It is a great outlet that I've definitely needed and plan to keep utilizing for the foreseeable future.

Writing more reviews of board games that I got to the table for the first time was going to be a focus for this year, but gaming has been quite limited. We've only had 2 game days since the start of the year and while I did get 5 new to me games to the table, it was when I wasn't feeling like writing. I may go back and cover those games but the thought of doing it doesn't sound like something I want to do. I don't know if that's because I don't want to write or if board games in general are a bit of a sour spot for me right now. We have been unable to play in person for two months now because of scheduling issues and various sicknesses and it doesn't look like we'll be able to get a day in this month either. I've tried playing some games online and while I get some enjoyment out of that, it's just not the same. I'm not sure what to do about this because I know not being able to enjoy my hobbies puts me in a bad mood, which perpetuates me not wanting to write.

I knew my goals for 2022 weren't going to produce much to write about because my First State Pizza project is more of picture forward type of thing and my health stuff needs time to show results. I plan on doing a mid year update, like I have in past years, and I am looking forward to writing that post. It's finding stuff to write about in between that I'm struggling with. I have a note on my phone with ideas for posts, but I just find myself wanting to watch TikTok or AoE II streamers on Twitch in the free time that I could be using to write. It's possible I just needed a break after writing over 70 posts last year. Forcing myself to write this post could be the start of something or you may not hear from me until my goals update post. Only time will tell. I hope you are doing well and if you're not, please reach out via email, Twitter DM, or my cell if you have it.