This is going to be a long post that's personal and is probably longer than anyone cares to read. If you just want to know what the big announcement is, scroll down and read everything after the graphic. With that part out of the way, let's go back 10 years to when Christine and I first moved to Delaware. I was still searching for a job after arriving here, but had two interviews with a credit union that resulted in a formal offer. Having just left over six years of banking in NY, I was more than qualified. The position would be a bit of a step back both professionally and monetarily. I recently got the reminder about this on Facebook where I called myself a bad person for really not wanting the job. I felt I should have been thankful for the opportunity but I didn't like the work and really didn't want to keep doing it.

Ultimately, I declined the offer and decided to keep looking elsewhere. Following the advice of family and friends, I took the opportunity to try out something I thought I might like in the food service industry. After applying at a couple dozen places, when almost nobody was hiring at the time, a local bakery that's now closed gave me a shot. I was never able to start working in the kitchen like I had hoped, except to help out with holiday orders, spending my year there doing customer service for the most part. It wasn't the worst job, it just wasn't a great fit for me because of one of the owners. I probably would have stayed longer if it wasn't for that. We were also expecting our first child at the time, so I decided to look for jobs with the State instead. It would allow me to start earning towards a pension and get better benefits.

It's now been nearly 9 years since I accepted a position with the Division of Public Health. I've been in the same section doing the same job this whole time. It's definitely not the busiest or most fulfilling job, but the benefits and flexibility I have far out weigh any negatives. The problem is that I spend a majority of my time doing something that isn't particularly interesting to me. The "easy" solution would be to find a different job doing something that might interest me. However, there's no guarantee I'll enjoy any new job and the things I think I would be happy doing have issues of their own. Low pay, not ideal hours, and lack of benefits (especially to what I have now) are all huge issues that I'm just not willing to accept at this juncture. Ten years ago that was fine, but now I'm in my mid thirties with three kids. My responsibilities are too great to put my desires ahead of the needs of our family.

That last sentence is one of the many excuses I've been parroting all this time, while also complaining about not feeling fulfilled or being jealous of those who are doing what they're passionate about. While it is an excuse to not try and do something about my predicament, it still is a very true statement. That being said, I've come up with an idea that I can work on outside of work that can fill that void more than one of my hobbies does. Ideally, it becomes a side hustle of sorts that I can do when I want. I won't have to worry about it being a main source of income because I've accepted that staying with the State is the smart and responsible thing to do in the long run. It's just time that I take the plunge and work towards something that does really interest me, that I really want to do, and that I'm really passionate about.

After no longer designing/publishing board games, this blog has been my only creative outlet. It continues to be incredibly therapeutic and a great place to both log and share things going on in my life. I've written about how helpful this blog has been in many posts and this is just another of those. I have no plans of slowing down on the frequency of the posts. In fact, I plan on using it more in the new year. Right now I'm just grinding through the six goals I set for myself this year. Some are doing better than others but it's been a decent year overall with those. Next year is going to be devoted to getting a new project off of the ground. Without further ado, let's get to the announcement. 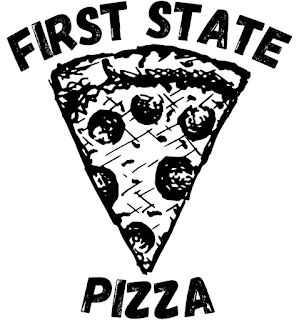 I've decided on the thing I want to do now that I'm grown up. I aspire to be a pizzaiolo a.k.a. a pizza maker. Now you're probably thinking that I could just get a part time job making pizza. That's true, but I have no plans of having another boss, nor do I have the time to have a rigid schedule where people are counting on me to show up. I've always wanted to do something with food and to work for myself. I've spent nearly twenty years coming up with various food related business ideas, drafting menus, and consuming media on how to do that. It's only now that I'm choosing to actually act on that, just in my own way and on my own time. That's how First State Pizza was born.

It's going to be a journey that's really no different than what I do here or what I've done on previous blogs. Only instead of writing about the things I'm doing, I'll be becoming an expert at something that I have loved my entire life. There won't be any blogging with this project, it'll be strictly pictures and video. I've set up and already started posting content on various social media accounts. There's also a simple landing page website that directs visitors to social media. Eventually there will be more pages added like a menu, about, etc. In time, I want to do pop-ups events and possibly start a booth/truck where I can serve the results of the work I plan on doing.

Why pizza? To that I respond, why not pizza? Pizza is the best food in the world, hands down. I've been eating pizza that I've made or purchased weekly for years. It's the only food I want to eat anytime for any meal. It's also the most loved food in our household, so I know all of my practice won't go to waste. That was a very important thing to consider when coming up with a food project. As much as I like baking sweets, we can only eat so much of those. Pizza is at least relatively healthy and is so versatile. That's all I have for now. Please follow the Facebook, Instagram, and/or Twitter accounts to see what comes of this project.

Thanks for reading and happy eating!