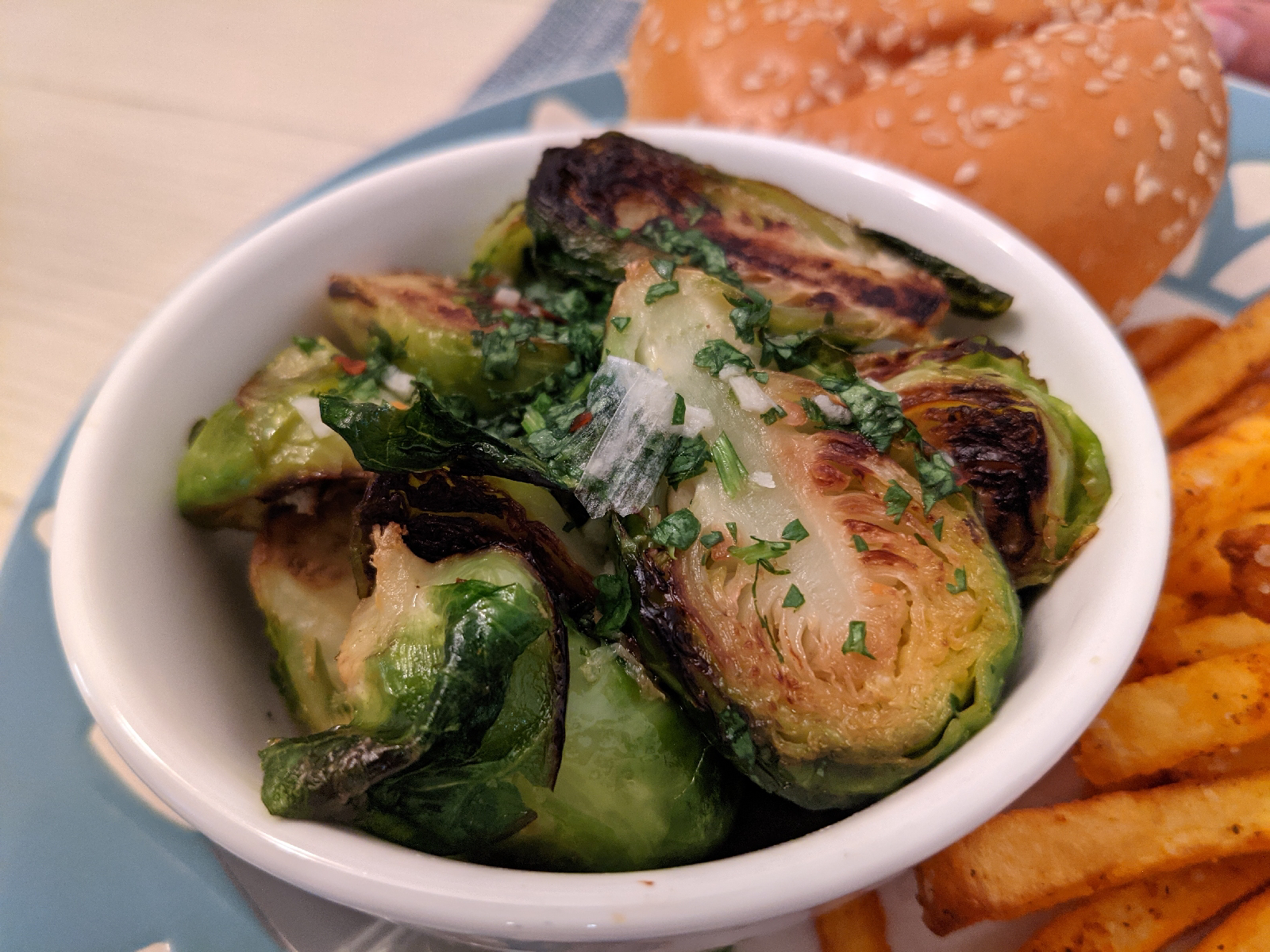 I really like brussels sprouts and may have only had them once or twice before meeting Christine. They're one of those foods that many people don't like because they're so bitter and don't smell great if they're just boiled or steamed. We used to buy the steamable frozen sprouts that come in a butter sauce and I enjoyed those enough to have them a few times a year. Like almost all vegetables, they're even better when you roasted them in some olive oil, salt, and pepper. Pan frying them with some bacon or drizzling them with a balsamic glaze are other great ways to balance their bitterness. In this recipe, a sweet and salty vinaigrette is used to coat the browned sprouts.

The cookbook gives you the option to roast or fry them, I chose to roast them because it's right in the name of the recipe. In the process of doing so, I burned by hand pretty good by grabbing the pan handle without a kitchen towel or pot holder, as one does when they're not paying attention. Funny thing was I took the pan in and out of the oven to toss the sprouts a bit a few times. It was only when I wanted to put them back into a cooling down oven to stay warm that I made the mistake. Any who, the sprouts start cut side down on top of the stove in a hot pan with some olive oil. Once they start to brown, the pan goes into a 400 degree oven until they're cooked through.

When the sprouts are tender, but not soft, and have some nice browning, they're ready to be topped with the vinaigrette. The fish sauce vinaigrette is made up of fish sauce, rice wine vinegar, lime juice, sugar, garlic, and chiles. At first, I really liked the taste of it with the sprouts, but grew tired of it after about 6 or 7 sprout halves. It was a little too sweet and a little too funky for me. Christine tried one with the vinaigrette before dinner was ready and she wasn't a fan "I would have those disgusting biscuits again before having to eat that". So the long and short of it is that roasted brussels sprouts are tasty, but the vinaigrette was a failure.