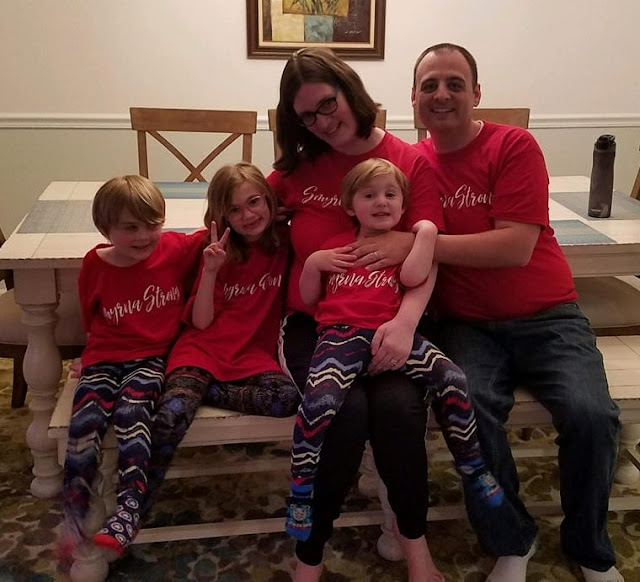 Christine and I get to celebrate a second anniversary this week. Two days ago, I wrote about our One Year Housiversary, and today is our 10 year wedding anniversary. Getting a new house for our nine year anniversary was pretty great, but really it was just how the closing date worked out. For this anniversary we were planning on taking our first vacation without the kids, but then COVID-19 derailed those plans. Originally, we were going to eat our way around New Orleans. I think we'll still do that next year, unless we come up with some other place we'd really like to go. Enough about future plans, let's get back to the last 10 years.
We got married June 12th of 2010 at St. Rose of Lima Church in North Syracuse, New York. As I wrote in a brief post entitled, 8 Years of My Shit, we: sold our house in New York, moved to Delaware, bought another house, adopted two cats, and brought three children into the world. Since then, we adopted another cat, sold our townhouse, and bought the house that I just wrote about this week. All in all, we've built quite a life together since being married and it still feels like we've just begun. Rather, it feels like we're entering a new phase of our marriage. We started off as a young couple doing basically whatever we wanted, then we were growing our family at a near breakneck (yet very planned) pace, and now we're running a household.
Going back to when we were first married, we had already been together for nearly 5 years at that point. We lived together for most of that time and even bought a house while we were still engaged. So, not a lot changed for us after we said "I do." It did become the catalyst for our departure from NY. Christine wasn't having a lot of luck finding a teaching job and we didn't want to spend the early years of our marriage with Christine not doing the job she'd gone to school for, so we started looking elsewhere.  Having honeymooned in and really enjoyed Delaware, it was a natural choice for a lot of reasons. Shortly after applying, she got a job with the district she still works for. I don't think either of us expected for that to happen so quickly. Actually taking the steps to sell our house and moving is something I had never imagined we'd ever do. I assumed I would never leave central New York.
We lived in an apartment in Dover for about the first year of being in Delaware. In that time we mostly worked and made eight...EIGHT...trips back to NY for various things. It was an okay year, but what I remember most from that apartment are two things: 1) our awful neighbors that lived above us and 2) the morning Christine told me she was pregnant with Grace. We were in the middle of house hunting when we found out and everything since felt like a blur. We did what most couples do when they start a family, we got into a routine. Year after year went by where we did the same things. We worked, Christine would be off during the summer, and we'd go to New York a handful of times. Insert adding the two boys and a couple cats along the way. Sure we did a lot of other stuff, but those were the highlights for the first 7 years of our marriage.
For a while, our time as just a couple got put on back burner in a way. Sure, we were obviously around one another all the time, but our focus has been on working and raising the kids. That's how it should be though. That's not to say we weren't also working on us. We just sort of put it on auto pilot and hoped we didn't crash as we navigated becoming parents three times over, just checking in with one another when we could. Having my dad living in Delaware, and now with us, has been a godsend. It's because of him that we've been able to go out to dinner or see a movie or play games with friends all day. Having those little moments to reconnect and not have to be full-time parents for just a few hours has definitely helped. I'd go as far to say they were necessary for us to keep having a great relationship.
Like any couple, we've have had our ups and downs. No marriage is perfect, but we choose to make this one work. We've been married for nearly a third of our lives and in 5 years we'll have been together for more than half. I can't imagine spending this much time with anyone other than Christine. She's stuck by me and dealt with "my shit" for this long, provided us with the ability to buy the new home that we love, and given me three beautiful (and sometimes very annoying 😄) kids that I love with every fiber of my being. If this is what 10 years of marriage is, then I definitely want to see what 10 more can bring.
Christine, I love you. Happy Anniversary.
Home Ownership Life Marriage