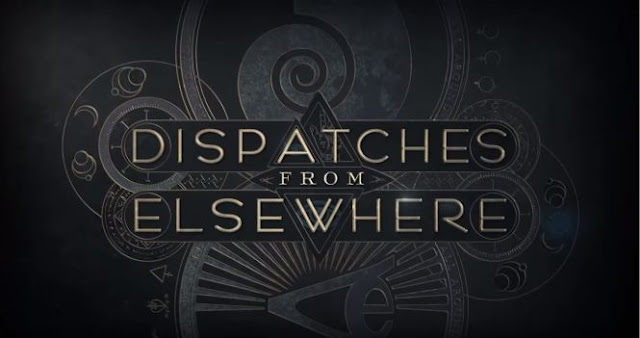 Are you looking for a quirky, uplifting TV show to help get you through quarantine? Let me introduce the fascinating series from Jason Segel on AMC called Dispatches from Elsewhere. It's a show about a man who is lost in life, that ends up working alongside others who have found themselves in similar situations. They're all playing a game that's part escape room, part crime solving puzzle.

Without giving too much away, each episode immerses you into the lives of the four main players as they navigate the game and their own lives. There are twists and turns, things you don't see coming, and a unique story line. It's so well produced and yet I haven't seen much chatter about it online. The show does some things that I really enjoy, like characters breaking the fourth wall and showing the same scene multiple times from different characters' perspectives.

Jason Segel did an amazing job putting this show together and starring in it. It's unlike anything else I've seen him do before. It was also nice to see a trans woman in a lead role of a network television series, something that's very rare still. Eve Lindley, who plays Simone, really steals the show and stood out from her very first scene. Sally Field and André Benjamin, better known by his stage name André 3000, both give very memorable performances. I specifically loved André's character, Fredwynn, for his very matter of fact attitude and overall odd way of carrying himself. Richard E. Grant plays the "leader" of the game and narrator of the show as, Octavio Coleman, Esq.

It's a weird show in the best kind of way, the kind of show I would love to see more of going forward. Aside from telling a great story, it also portrays a great message. But I'll leave that for you to experience on your own. I'm not sure if this is going to be a limited run series, but I love idea of them. A series that wraps everything up in 10 episodes or so. Not everything has to have multiple seasons that could end without closure or drag out and really reduce its quality. Cut out the filler and tell the best story possible with the least number of episodes. That is a recipe for success if you're looking to create something beautiful. And beautiful is another great way to describe, Dispatches from Elsewhere. I'd be more than happy to get more episodes, but as it stands it's a great television experience.

Go into it with an open mind and I doubt you'll be disappointed.
Television