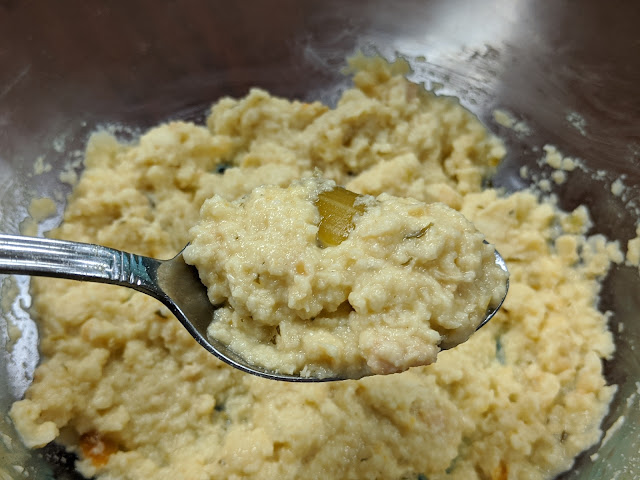 There are certain bites of food that bring an enormous amount of comfort when tasted. We all have our favorites, but there is one that I want to share with you. It's one of my absolute favorite ending bites to a meal. You don't need to travel to restaurant to get it or spend a bunch of money on ingredients you don't normally have on hand. All you need is a few saltines and a can of soup, preferably broth based. Although, this trick works almost as well with a cream based soup.

First, make your can of soup. If you're feeling adventurous or don't like the salt ladened canned stuff, make a whole stockpot's worth from scratch. Put 5 to 10 saltines on the plate that will hold your soup bowl. Next, put the normal amount of soup you would eat in a bowl. Put the bowl on the plate with the saltines, sit down, enjoy your soup, and keep eating until there is a small amount of broth (and maybe a few bits of veggies) left. Here is where the magic starts. Assuming you didn't eat all of your saltines already, take a couple and crush them with your hands over the bowl. Drop the crumbs into the remaining broth and let them soak up as much as they can. One cracker at a time, crush up, add the crumbs to the bowl, and mix until there is no loose broth left. You want all of the broth to be absorbed by the crackers. HOWEVER, do not and I cannot stress this enough, DO NOT add too many crackers. If there are cracker crumbs that are staying dry once mixed in, you've gone too far. Okay, it's not the end of the world, I just don't like having dry bits. Also, DO NOT skimp on the crackers, you want there to be some texture. Otherwise it's like eating wet bread...gross. 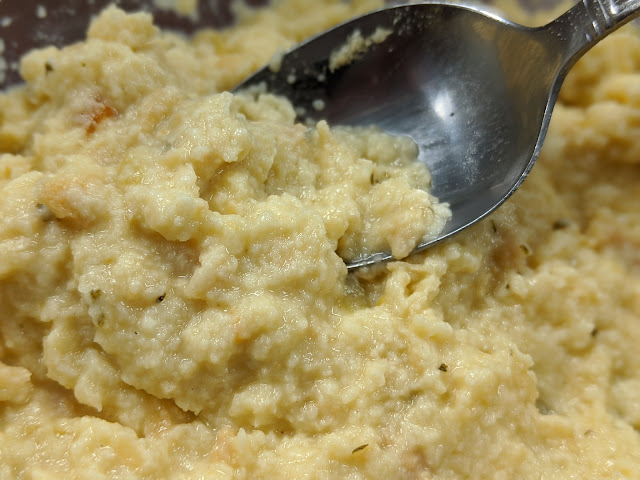 What you have before you is what I call, Soup Mush™©® - Patent Pending. It's a wonderful gloppy mixture that's full of salty and savory flavors. I can't recall why I started doing this, but I haven't stopped since I stumbled across this glorious mixture. I think it might have started when I was trying to cut back on the number of crackers I was eating with my soup. I've always eaten too many crackers when eating soup because I love carbs and they love me. My favorite soup to do this with is chicken noodle. I find the chicken broth pairs well with the rather bland and salty saltine. As I said at the top, this works with any broth based soup. It's harder to pull off with a cream based soup like loaded baked potato or broccoli cheddar because of the lack of moisture. You can mash the crackers in to make it work but that's a lot of extra work and those cream based soups already have more than enough calories in them.

In preparation for writing this post, I searched the internet far and wide (a handful of Google searches) to see if other people do this already. I couldn't find anything specific to finishing a bowl of soup by making, Soup Mush™©® - Patent Pending, so that's why I slapped all of those copyright and trademark symbols on there. Okay, I'm obviously not trying to patent this idea or anything, I just thought it was funny. But I do feel like a came up with something original. At the very least, nobody I've ever talked to about it has ever heard of this amazing concoction. There are mentions of thickening soups with lots of crackers until it resembles a paste or pouring milk over saltines because their family was poor, but never getting to enjoy a whole bowl of soup only to finish it off with an Umami bomb.

Could you use a different cracker instead of saltines? Absolutely. Buttery crackers like Ritz, Townhouse, and Club House all work incredibly well. Saltine's cousin, the oyster cracker, makes a great substitute. If you like a healthier cracker or happen to be boujee enough to keep a Toasteds Party Pack in your pantry at all times, go for it! I like saltines because they're salty and inexpensive enough, that I don't mind as much if they get stale before I get through a whole box. Whatever your cracker of choice is, give Soup Mush™©® - Patent Pending, a chance. It may not be for you, but I think you owe it to yourself to give it a shot.
Food