Only two months to go after a very hectic month in the Isom household. Still grinding away at these as we enter the home stretch.

1) Bake more bread from scratch
I used up the last of my light wheat dough to make another loaf from a pan. I really liked the way that it split on the top without any sort of scoring. I've really nailed down that recipe so I wanted to move on to something new later in the month. 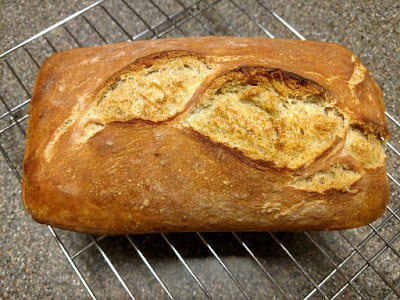 My Mom came down for the weekend to see us and spend some time with the kids. As he normally does when Mom is down, Matt came over on Saturday to join us for dinner. To go with the roasted chicken, mashed potatoes, and glazed carrots, I decided to make some fresh white bread. I wasn't thrilled with how it looked when it came out, but it still tasted really good. 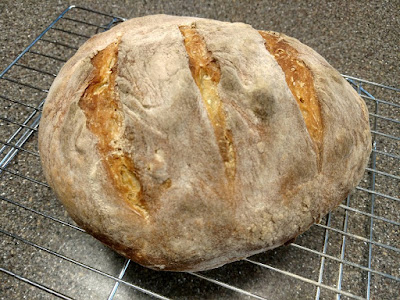 The scoring wasn't my best and I dusted off a lot of the excess flour before taking the picture so it looks off in my opinion. However, the second loaf I made from the same batch of dough came out looking great. I cut a little too deep in the middle, but overall I was happy with the clam shell scoring that I was going for. 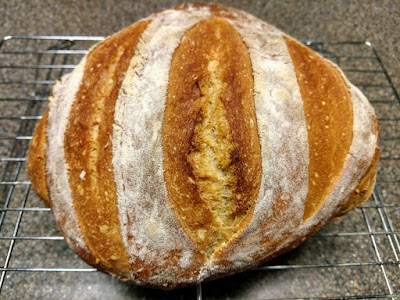 I found a recipe for a Vermont cheddar bread in the same book that I've been using for most of my loaves this year. I knew Christine would like it so I decided to give it a spin. I wasn't sure how it was going to come out because Walmart substituted my normal active yeast with rapid rise which I'm not familiar with using. I tried to follow the instructions the best I could, but they called for kneading before a quick rest and I'm making no knead dough. I skipped that step and hoped for the best. 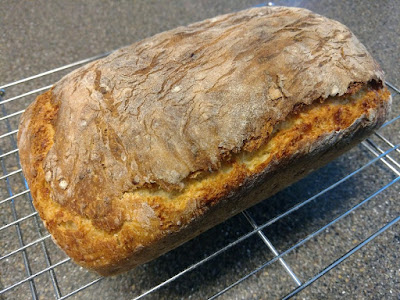 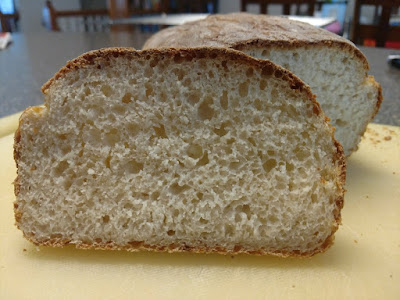 It worked out! The bread had an amazing crumb and great taste. I do think it needs more cheese so next time I'll probably double it. What I wasn't sure about was how the remaining dough would do going into the fridge with this different yeast. 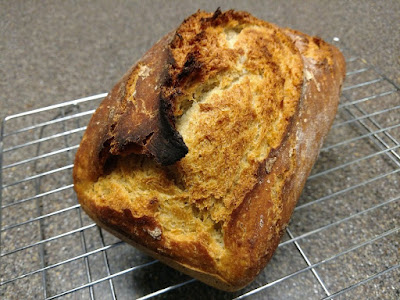 I loaded the remaining dough into a loaf pan a few days later. The dough itself looked the same as it usually does coming from the fridge. However, it came out denser than the previous fresh dough loaf. I'm not 100% sure why, but I think when using the Rapid Rise yeast for these recipes that I'll just do fresh going forward. I did like the oven spring I got that tore the top apart.

Coal Baron: The Great Card Game
One of my two remaining games is from my favorite design team of Wolfgang Kramer and Michael Kiesling. Coal Baron: The Great Card Game is the card version of Coal Baron. While they are both worker placement games, the two have more differences than similarities. My favorite part of the game is the way the players use their workers. Each player gets a hand full of cards numbered 1 - 5, some values have multiple copies. They then place those cards on the table to take cards from different stacks or perform the actions on those cards. In order to go to a space where a worker has already gone, players have to play the next card value in sequence with their worker card(s). 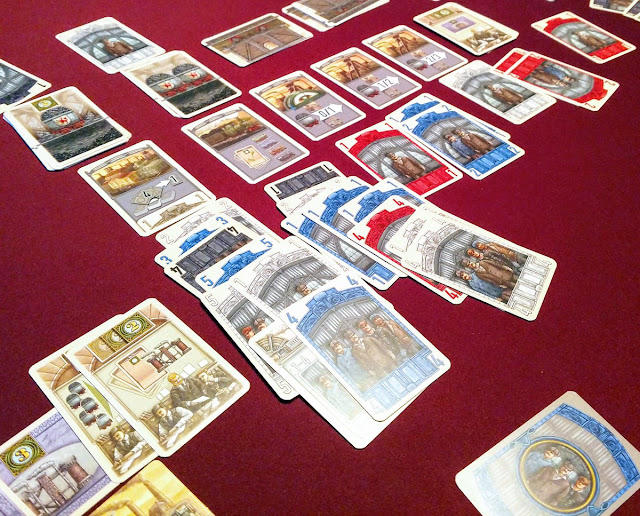 The whole point of the game is to mine coal, load the coal, and then ship the coal to different companies. Through a series of orders, stocks, and objectives, players score points. After 5 to 7 shifts (rounds) the game ends and the player with the highest score is the winner. I really enjoyed this different take on worker placement. I felt like I played pretty well, but my lack of getting objective cards really hurt me in the end game scoring. I'll be keeping this one for sure and hope to get it back to the table soon.

3) Meditate on a regular basis
I did about the same on this one as I did in September. I did come to decision that instead of doing three resolutions next year, I'm only going to do one. That one is to get serious into meditation. My plan for the last two months is to ramp up my focus on this goal so I can hit the ground running...or sitting as it were...in the new year. I want 2019 to be the year that I work on myself more. 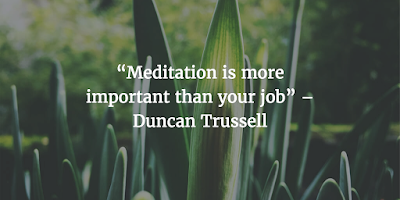 I started getting healthier and losing weight in July and I'm nearing my initial goal of 180 pounds. As of the date of this post I weigh 188 pounds, 27 pounds lighter than when I started. I want to keep losing a bit more and try to find a comfortable weight, diet, and routine. Folding meditation into the routine portion is very important to me. It's been a struggle so far, but hopefully I can get past what's been keeping me from doing better with this one.
Bread Buddhism Life Resolution Tabletop