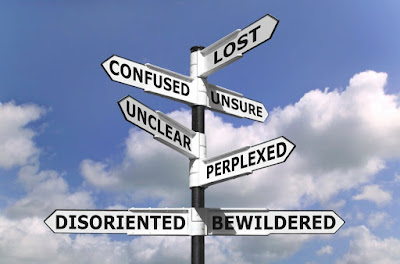 This is a post that I've wanted to write for a while now but didn't have the words to write down, not sure if I do yet or not but let's see what happens. I've been struggling in a few aspects of my life for quite some time but perhaps the biggest of those struggles is finding a purpose when it comes to a career or job. I've never really been sure of what I've wanted to do for work. I've had lots of ideas and tried a few things but none of them have ever stuck. I only took the job I'm in now because of the benefits and to get my foot in the door to eventually move up to a different position in the State. But now that I've been here for over six years, there isn't a job I'd want to do within this system.

Working in an office is one of the most boring things I've ever done. I'm over qualified for the position I'm in and was told as much by my former supervisor just weeks into the job. "So go do something else," you're saying to yourself. It's obviously not that easy. I have unbelievable benefits, a great group of coworkers, a flexible schedule, but don't know what path to take next. Why would I leave a job that while paying poorly, gives me a work-life balance like no other? Plus it's the lowest stress job I've had. Having worked in retail, banking, and customer service at a bakery, dealing with customers is one of my least favorite things in the world.

That leads me to the disappointment I have about what I thought was my dream of running my own food related business. I like to make people happy through food and wanted to do that since I was a kid. But I know I won't want to deal with the day to day attempts of trying to appease everyone. I don't care about people's complaints and have no interest in listening to them, especially if that's going to affect my livelihood. I could always just work in a kitchen if cooking or baking is what I really want, but those jobs don't pay and the hours are terrible in my situation of having a young family. My family means more to me than anything. 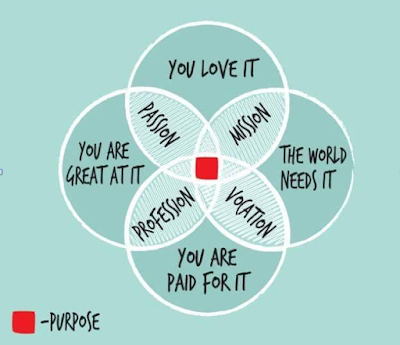 Thankfully I've created purpose in life by getting married and having children. Each of them counts on me for different things and I try to be there as much as possible to care for them. But while they give me the most sense of purpose in life, the void in my working life is still unfulfilled. It's hard to come home each day, drained from doing something that is easy but doesn't do anything for you, to then have the energy to take care of everyone else's needs. It's something I've been doing for years but it gets harder and harder as time goes on. I've taken steps to try and address my own needs but there are only so many minutes in a day and some days I just don't have the energy or drive to focus on myself.

I think I've mentioned on this blog before that I tend to lose interest in doing things once I've "done" them. Once I've completed a project, like a game or novel, I eventually lose interest in the next design or story. I get to a point where I just don't care so I stop working on it. The jobs I've held are the same way. I excel at them for a while and then I just don't want to do them anymore. I still continue to be a great employee but my mood changes and in the past, people have noticed. I think I've done a pretty good job of not letting that happen here since nobody has said anything. I come in, do my work, and go home. That's all I really want but having some sense of matter or that I'm making a difference might fill the void I feel.

I try to imagine myself doing all types of work but I am quick to find the flaws with the ones that I think I might really enjoy. It's self sabotaging and unhealthy but it's just where my mind goes. I'm inherently lazy and not willing to take the risks for what could bring me happiness or at least fulfillment. Those are the problems I need to work on but I don't know how to change the way I think, if that's even possible. I'm not sure this post makes sense or has given me any idea on what to do next. It has taken a little bit of the weight off of my shoulders though. I just need to keep moving forward a little bit at a time until I find my purpose. It's all I can do.