October 27, 2017
Cheesepie is one of my favorite desserts. What's that? You've never heard of cheesepie? Oh, that's because it's been going by the alias of cheesecake all this time. Well that ends today. 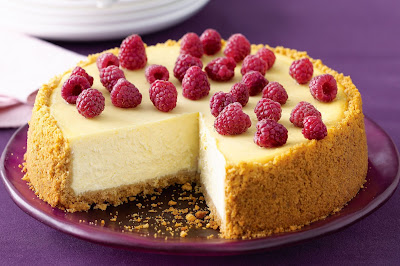 Let the argument begin. If you're not on the "cheesecake is pie" wagon, then you're about to be served a slice of humble...pie.

But it's in the name! That's often the only argument people can come up with when you inform them that cheesecake is not cake, but in fact a pie. Well it's not the only argument, but it's the first one that comes to mind and really the only leg they think they can stand on in this fight. One could argue that cheesecake is its own thing but I'm not a fan of grey areas. When you're done reading this article, you'll understand that this delicious dessert has been misnamed and also have the knowledge to shut down any naysayer that steps in your path. So when they say "but it's in the name!", you'll be able to just smile and shut that garbage argument down.

Let's start with definitions shall we?

1: a sweet baked food made from a dough or thick batter usually containing flour and sugar and often shortening, eggs, and a raising agent (such as baking powder)

2: a block of compacted or congealed matter

Read the first definition. Close your eyes. What do you see? Probably something layered with frosting, possibly a wedding cake or a birthday cake as we all know them to look like. You didn't picture a cheesecake, did you? No. You didn't. If I said draw a cake, would it look like a cheesecake? Nope. Breaking down the first definition: Is the cheesecake a sweet baked food? Yes. Yes it is. Made from a dough or thick batter? Yep. Usually contains flour, sugar, often shortening, and eggs? Ehh, two for four. Has a raising agent (such as baking powder)? Ooooooh so close.
When you combine the ingredients above you should get a beautiful sponge but alas, cheesecake does not have sponge because the batter contains no gluten or raising agents.

A name isn't always what is seems

Now read that second definition. What we think of as a traditional cake fits into that second definition but so do crab cakes and urinal cakes; the former taste great but aren't really cakes either (they're smashed meatballs) and one that well, shouldn't be eaten for obvious reasons. My point here is just because something has a word in the name, it doesn't make it so in what we traditionally consider to be that thing. There are plenty of things in this world that were name incorrectly but we're not going to just up and change their names, so they unfortunately will be referred to as the wrong thing for the rest of time. Some examples:

Fireflies are not flies, they're beetles.
Peanuts aren't nuts, they're legumes.
Koala bears are not bears, they're marsupials. 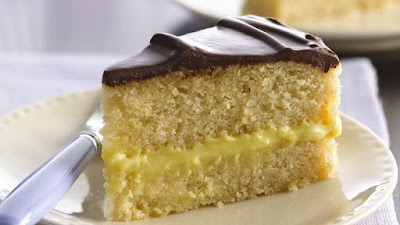 Now let's read the definition of a pie.

1: a meat dish baked with biscuit or pastry crust

2: a dessert consisting of a filling (as of fruit or custard) in a pastry shell or crumb crust

Don't both of those sound just delicious? Since a meat flavored cheesecake sounds quite revolting, let's look at the second definition a little more closely. Is cheesecake a dessert consisting of a filling (as of fruit or custard)? Yes, ma'am. Does is come in pastry shell or crumb crust? You betcha. Now I could stop right here because the argument is already over but there are a couple of other arguments that you may encounter.


Other cheesecake arguments to shut down

Here are some more counterpoints, just in case somebody comes at you with one of these two weak-ass arguments:

"Cheesecake is a baked custard"

When it comes down to it, I’m right (even Wikipedia agrees)

So to sum things up, cheesecake is pie. Period. Full stop. Why? Because cakes are starch based, rise, and have sponge while cheesecakes are filling based and are baked in a crust. But you can imagine my surprise when I was on the Wikipedia page for cake and saw cheesecake listed under types of cake. My shock quickly subsided as I read the rest of the sentence that confirmed that I'm right:

Baked flourless cakes include baked cheesecakes and flourless chocolate cakes. Cheesecakes, despite their name, aren't really cakes at all. Cheesecakes are in fact custard pies, with a filling made mostly of some form of cheese (often cream cheese, mascarpone, ricotta, or the like).