Too much screen time 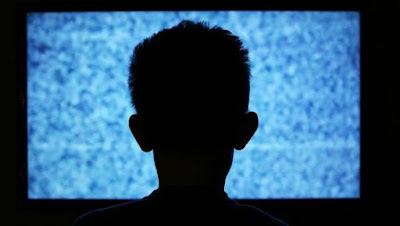 I've been thinking a lot lately about topics I want to talk about here on the blog, but I often find that I don't really know enough about some of the subjects to really post anything worth reading. What's the solution? Deep dive into the internet to learn more. I was doing that recently, when I came to the realization that I spend WAY too much time staring at a screen throughout the day. I wake up and use my phone before the kids get up, then I'm in front of a computer all day at work, then I sit at home on my phone here and there before bed while also watching TV, and once everyone else is asleep, I'm up for another hour or two looking at my phone. In a given day, I look at a screen for approximately 10 to 12 hours. Is it greatly affecting my life, my health, and/or my relationships with others? Hard to tell since I'm paying so much attention to a screen of some sort. This has to stop.

I first noticed this about six months ago when I wasn't sleeping very well. I didn't wake up all that often but I would wake up groggy and miserable. I chalked it up to staying up late and getting up early, but I've never been one who needs much sleep. If I get six hours of decent sleep, I can jump out of bed in the morning ready to take on the day, no caffeine required. Then I remembered the countless news stories and reports about how TVs, computers, and smart phones emit enough light to miscue the brain and promote wakefulness. After reading some articles on the subject, I decided to download a night time app that further dims the screen of my smart phone since I couldn't stop using it while everyone else was asleep. I mean they are all out by 8:30 most nights, what am I supposed to do? Sleep?! Ha. After a while, the dimmed screen seemed to help because I returned to sleeping like a rock and waking up much less miserable than I was before; still somewhat miserable if you know me but I can't help that. I also noticed that I would fall sleep earlier which obviously helped. However, my brain has seemingly gotten used to this dimmed light and I'm back to being awake later and later most nights. So the very tiny amount of screen time reduction I was achieving is now gone.

I've already started to make some adjustments throughout my day, small changes because going cold turkey isn't going to work, well it could because I've done it with other things like watching football but that's a different subject for another blog post. The first thing I've done is started meditating again. I've only been at it for a few days now but the fifteen or so minutes I'd normally be scrolling on Facebook or Twitter has been replaced. So not only am I reducing screen time, as little as it may be, but I'm also getting the benefits of meditating; a subject I'd like to eventually talk in more detail.

Another thing I've started doing is reading physical books again. Using the Kindle app on my phone is fine but there's just something about holding a book in your hands, smelling that paper, and flipping the pages that can't be beat. I have plenty of books that I've bought or received over the years that get placed on a shelf or in a box, which does no good for me or for the book. I've read two books in the past week and a half and just started a third last night. To keep that cycle going, I bought three books on Buddhism from Amazon with some leftover birthday money. I look forward to getting into those once I finish up Welcome to Night Vale: A Novel.

The final thing I've been trying to do is spend more time paying attention to and doing stuff with the kids. Obviously I should be doing this already but it's important to get as much time in with them as I can while they are this small because, as cliche as it sounds, before long they'll be all grown up and have families of their own. They also get quite a bit of screen time throughout the day so getting them away from that can't be a bad thing.

I'm hoping those small changes along with others that I'll start working in over time, like baking and playing board games more, will drastically cut down the amount of time I'm "wasting" looking at a screen. Spending the whole day this past Saturday going to and from NYC to see Natasha, Pierre, and The Great Comet of 1812 on Broadway and having meals with friends was a great getaway. I used my phone a handful of times to check us in or read a text but other than that, I didn't look at a screen at all really. I think we all need days like that sort of reset ourselves from time to time.

As a society, increased screen time is inevitable as technology continues to bloom at an alarming rate. But I also think it's important that we all understand how to use the technology as it comes. We just need to be careful and more mindful of what we're doing and how much time is spent looking at a screen instead of interacting with each other. That's another thing that makes things difficult these days, because of social media and just about every website out there, we're able to connect with people better than ever before. It allows us to share out lives with family, friends, and even perfect strangers. We can make new friends or find new relationships online which is wonderful thing but we often get sucked into obsessing over our screens to see what's going on with who and what happened where, without thinking about the damage we might be doing to the relationships around us or even to our own health. So if you're reading this (on a screen, I know), take a second to think about how much time you spend looking at screens in a given day. If you have to ask yourself if it's too much, it probably is.
Life Technology