1) Write at least 2 blog posts each month
Shared about Cribbage with Grandpas, a mobile game that's very important to me.
Wrote a haiku when I couldn't come up with anything else to write about.
2) Complete the 10 x 2 Board Game Challenge
We got our second play of Takenoko and our first play of Legendary Encounters: The X-Files Deck Building Game in with Shawn and Kelly. That leaves us with 7 total plays left, so we'll need to play 4 games a month for the final two months of the year. It's not looking good folks. However, we do have a lot of time off because of holidays, and with no expected travel, we might just get there. Trying to keep it positive. 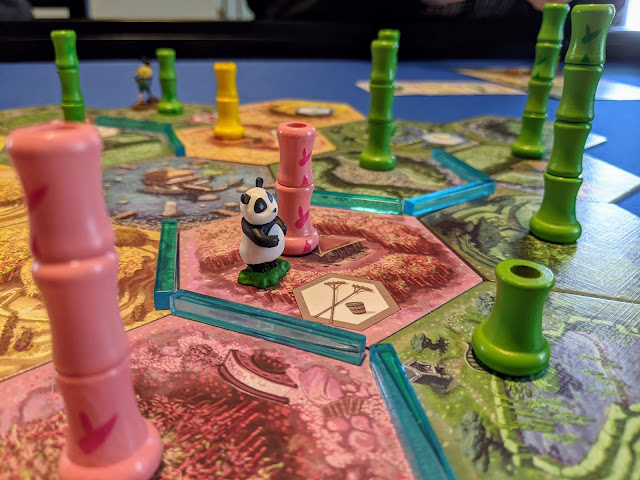 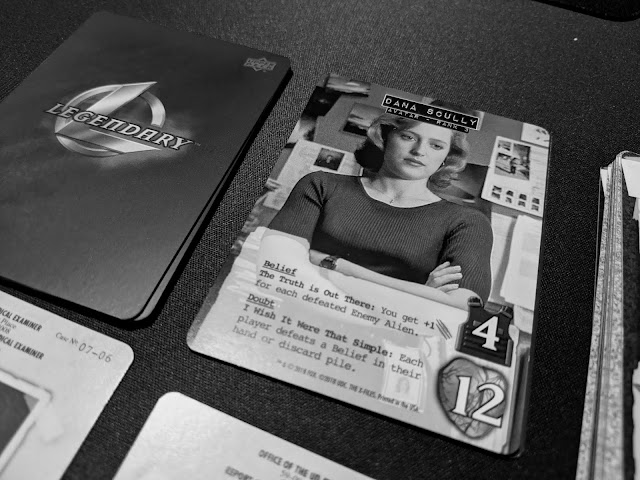 3) Bake at least 2 different baked goods each month
October was good month for pizza and other bread type items. Expect more sweet things over the next two months as we move into holiday baking. After a bit of a snafu with the oven preheating without the stone inside, I made a very tasty sheet pan pepperoni pizza. Having sourdough pizza dough in the freezer at all times is so convenient. 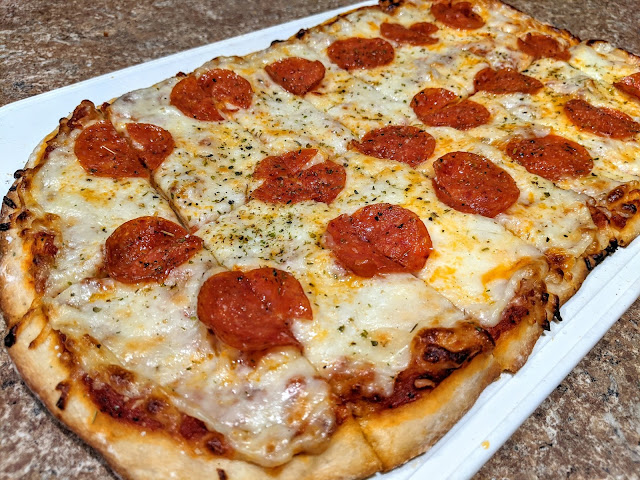 With some of the left over dough from the pizza above, I made garlic knots the next night to go with pasta. They're so easy to make and I don't know why I don't make them more often. These ones were "too garlicky" according to Christine and Grace. I don't know, I kind of like melting people's faces off with my breath. 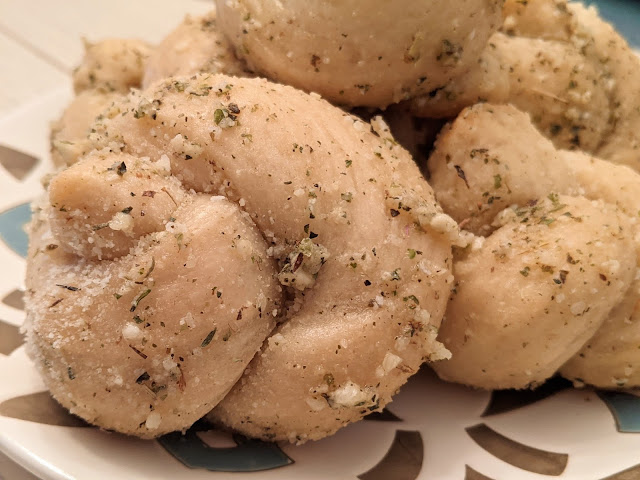 I made a couple of pizzas, one cheese (not pictured) and this buffalo chicken pizza with celery and ranch dressing on top. We get a buffalo chicken pizza pretty often from our favorite local place, so I thought I'd try my own spin on one. It came out pretty good and makes me want to keep trying new combinations at home. 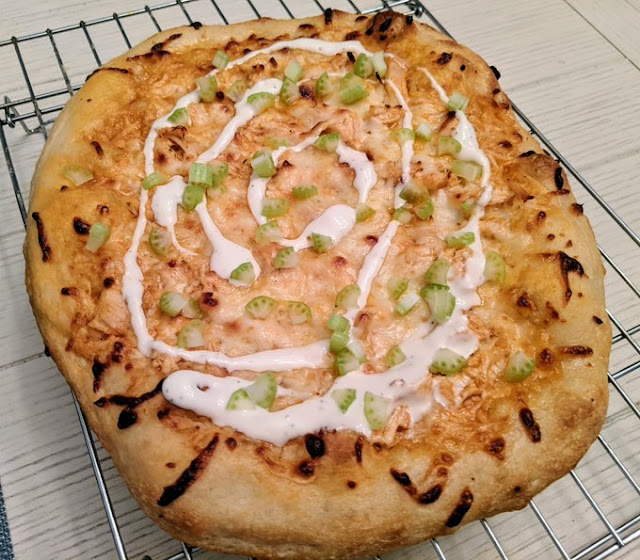 I don't know how this loaf of Joshua Weismann's Supermarket Bread came out so well. While doing my usual sourdough twist, I didn't subtract the amount of flour that I was supposed to, but did subtract the amount of water. I didn't realize it until after it had proofed. I decided to bake it anyway and it came out reaaaally good. It was a hair dense, but also very fluffy at the same time. The flavor was great now that I've started incorporating sourdough that's not been fed for a couple of weeks to kick up that tang. 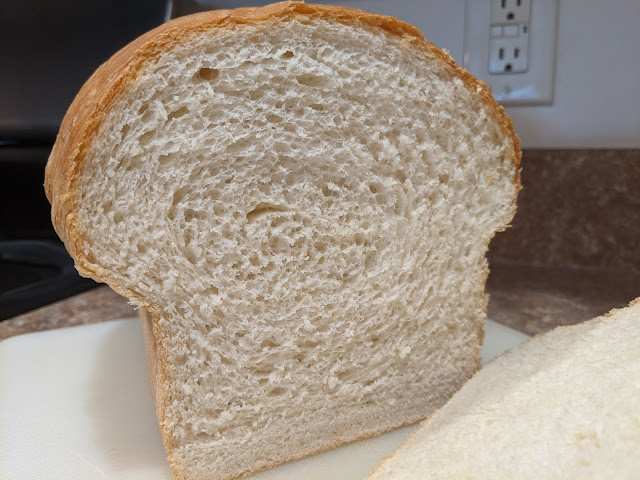 I have had a hankering for soft pretzels for a couple months now, but didn't need even more carbs in the house. I finally broke down and made these sourdough pretzels, which are by far the best ones I've ever made. The one thing they needed was a light brushing of butter to give them a nice shine, but they still tasted great. 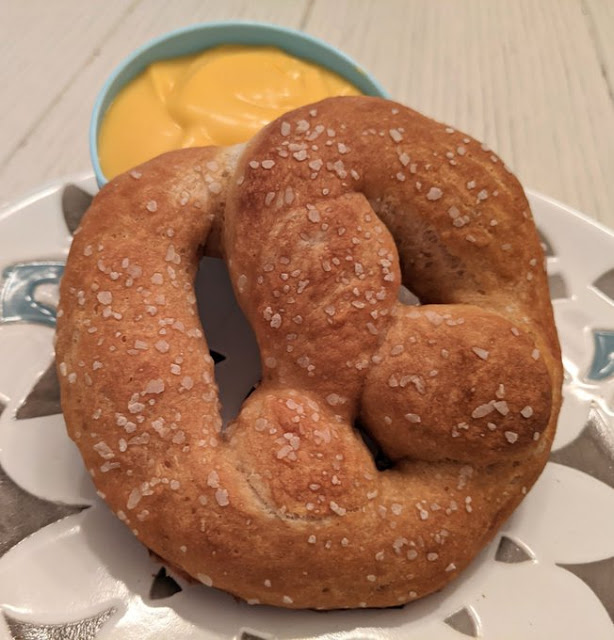 We saw some blueberries at Aldi and decided to make something for breakfast with them. I was going to make pancakes but I've made them a lately so I made a breakfast cake instead. The center wasn't quite done but the outside pieces were perfect. Next time I'm going to add a crumble for the topping. 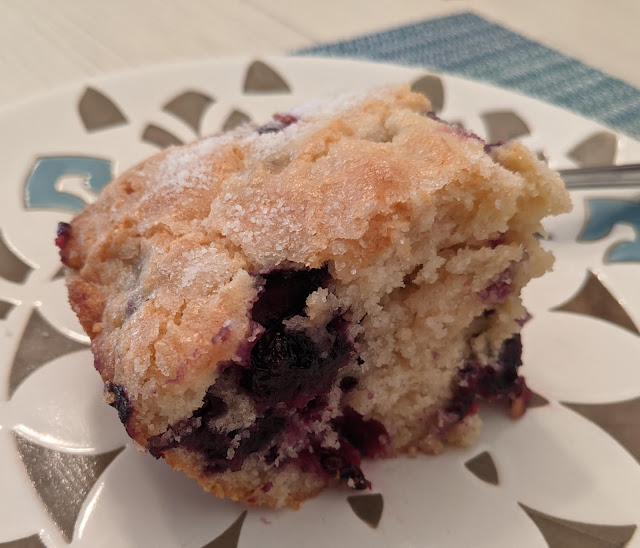