March was certainly and interesting month for us. Christine and the kids were home for most of the month because the schools closed and then moved to distance learning. Working for the Division of Public Health, I've been rather busy dealing with COVID-19 related matters on top of my normal work. Despite the madness, it was a great month for all three things I wanted to accomplish.

1) Write at least 2 blog posts each month
It wasn't a long post, but I covered the new site layout.
One of my most read pieces covered my new favorite sport, Marble Racing.
I took some time and did the 10 Games Exercise.

2) Complete the 10 x 2 Board Game Challenge
We got back on track and knocked out both plays of Azul. I love how simple the game is, but I don't like how Christine beat my ass both times. With those two plays, we have 16 left to go by year's end. 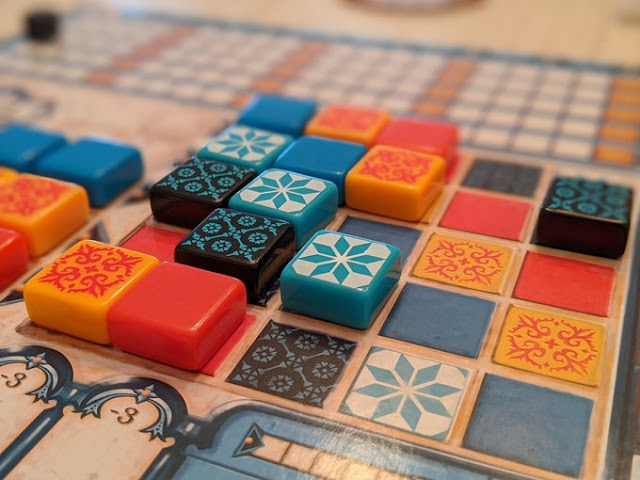 3) Bake at least 2 different baked goods each month
March was another great baking month. There was no theme, just a hodgepodge of things I felt like making. It started off with trying my hand at making focaccia and it really couldn't have been easier. I incorporated some sourdough started and boy did this dough rise. After a night in the fridge, I baked it off and Oh. My. God. I don't know where this has been all of my life but I adore it. I've had focaccia before, but it was never as airy or buttery tasting as this did. I sprinkled some salt and rosemary on top for some extra flavor. I froze half of the dough, so I can have more anytime I want. 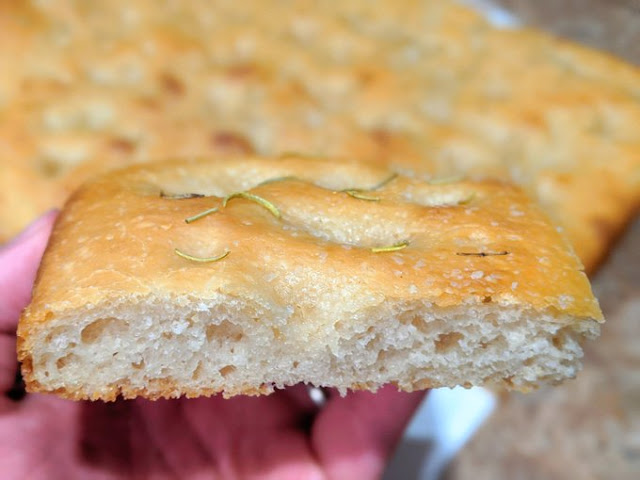 National Pi Day snuck up on me somehow. I wanted to make a pie, but didn't have any fruit in the house when I woke up and realized what day it was. I also wanted to make something that other people would eat. Chocolate is always a safe bet, but I didn't have any heavy cream. I did however have dark chocolate pudding, so I used that for filling. The baked portion of the pie was a graham cracker crust. I broiled marshmallows to give them color and provided that toasted flavor you get when making s'mores. 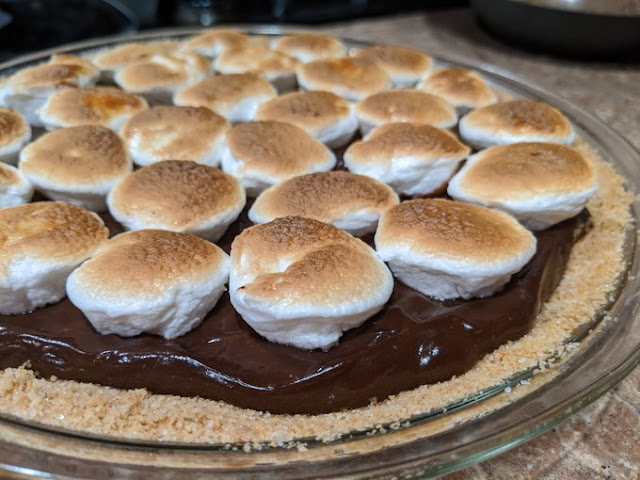 Christine wanted cinnamon rolls, but we didn't have any store bough tubes left. It was the perfect opportunity to make a traditional yeast cinnamon roll. I had a lot of fun making these. For some reason I always though they'd be too much work. I think the best thing about making them is knowing that you have breakfast prepared for the next day. All they have to do is rise after a night in the fridge, bake in the oven, and then be slathered with icing. I made my own cream cheese icing as well.

I felt like making meatball subs, but didn't want to go to the store to buy rolls. Since I had to feed Lucille (my sourdough starter) anyway, I fed the discards so I could make the rolls with sourdough. I had enough starter to make a double batch of rolls, but didn't need that many so I split the dough in two. The first portion was split down into four smaller pieces, that were then shaped for the rolls. Even though the dough had cheese in it, I topped the rolls with some just before they were done baking. The rolls came out well, but they were too big for the sandwiches. Next time I'll do 6 rolls instead of 4. I liked their density though, they held up well against the sauce and meatballs. 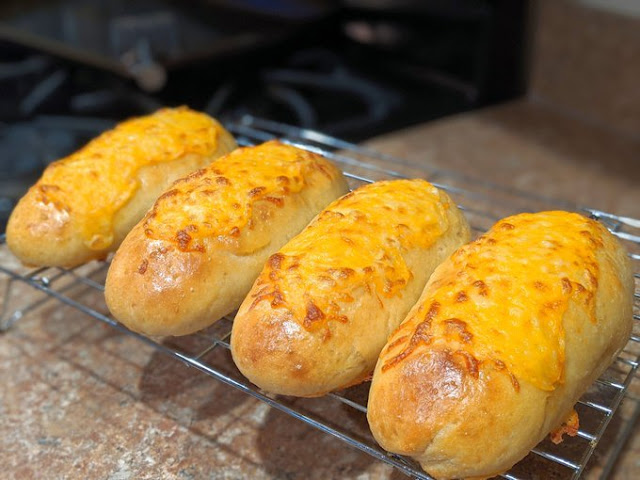 With the other half of the dough, I just shaped it into a boule and baked it directly on my pizza stone. Before it went into the oven, I scored it with a plus sign pattern and sprinkled cheese on top. I was very happy with how it came out. It looked really good, had a nice texture, and tasted great. The one thing I don't love about adding shredded cheese into dough (and I had the same issue with the rolls) is that the cheese disappears and almost gums it up. If I was just making the boule, I would have used chunks of cheese instead. 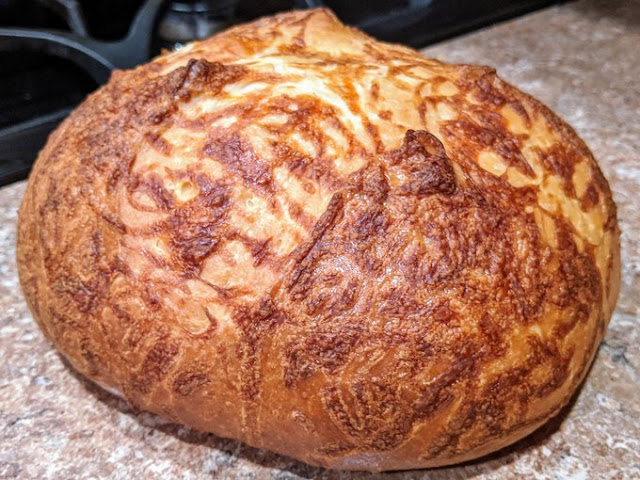 I felt like making some rolls for sandwiches, so with my sourdough discards I decided to try out King Arthur Flour's Sourdough Ciabatta Rolls. They were surprisingly easy to make. Some of them had better crumbs that others, the thicker ones didn't have the big hole structure that you want. I made ham sandwiches with some of them and one got turned into a chicken Parmesan sandwich that might be one of the best sandwiches I have ever made. 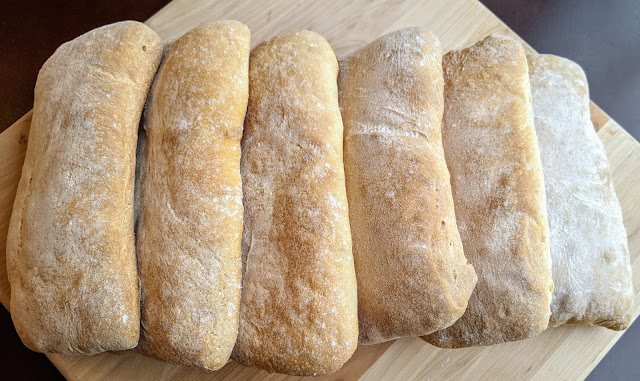