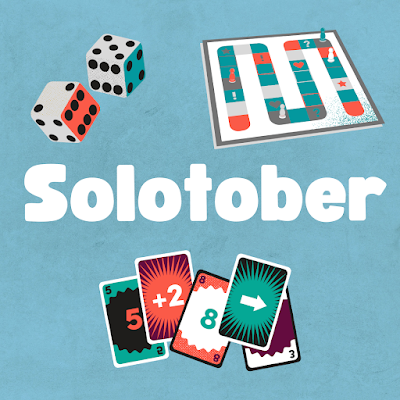 After having so much fun in September with my solo boardgaming challenge, I kept things rolling in October with Solotober. Solotober is the annual event thrown by the 1 Player Guild on BGG where you attempt to play a solo game every day of the month. Since I was able to accomplish that in September, I knew I could do it again. Instead of playing something different everyday, like I did with my challenge, I decided to play ten games for a stretch of three days each and then one Halloween inspired game on the final day of the month.

After 61 straight days of solo gaming, it's definitely something I enjoy and will keep doing. I'm taking a few days off, but will start incorporating weekly solo gaming into my schedule.

Below is a short recap of what I played and links to each entry on the Solo Games on Your Table - October Geeklist. 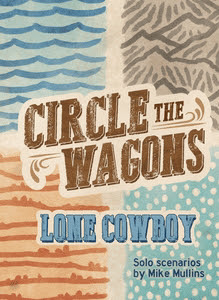 Circle the Wagons: Lone Cowboy - My goal was to beat all 6 solo scenarios before moving on to a new game. It took me 16 attempts (9 on the Out-Drink the Competition scenario) over 3 days to beat them all. That's how I came up with playing each game for three days and the math mostly worked out for the remainder of the month. 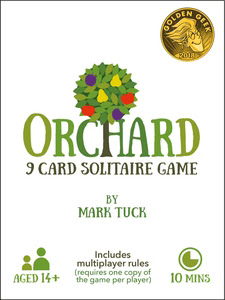 Orchard: A 9 card solitaire game - Played 10 games of this and I absolutely adore this quick puzzle of a game. Since you only use 9 of the 18 cards that come in a given game, it's so easy to play two games back to back. I wasn't able to break out of the Remark-Apple scoring range, but I'll definitely get back to this one soon. 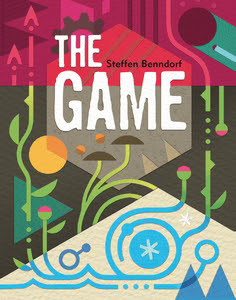 The Game - You just lost The Game. I only played 4 games of this, however I was able to successfully beat it on the second play of the month. Let me tell you, the feeling when you draw the final cards and see that you can clear your remaining hand is incredibly satisfying. 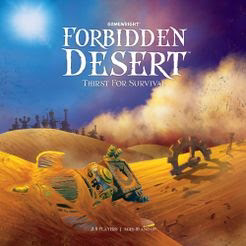 Forbidden Desert - I went 1 for 3 in my attempts to collect the parts for the ship and escaping the desert. The two player game was where I had my success, but I didn't make it at three or four player counts. I'm starting to think I like this more than Forbidden Island. 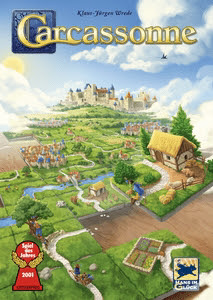 Carcassonne - Last month I played an unofficial variant before knowing the designer released an official one during the pandemic. It is very good (so good that I played 10 times) and really makes you think about every single decision you make. It can be frustrating at times, not unlike the multiplayer version, due to how the randomness of the tile draws can totally screw you. That being said, it's a fresh spin that makes and already amazing game even more versatile. Welcome To... - Such a calming game where you draw cards, mark your scoresheet, and then rinse and repeat. I had a mixed bag of results over 5 games and wasn't able to break 90 points in any of them. A lot of it came down to not focusing and trying to do too much. 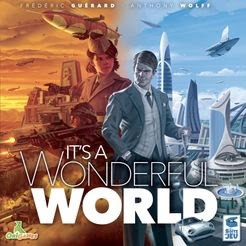 It's a Wonderful World - Played three of the scenarios and was able to earn a bronze medal in the first two. In the third one, I built the necessary buildings but didn't score enough points. I love the engine building in this game and how the final turn is such a whirlwind, as you see your work in first three rounds either push you beyond the goal or fall just short. I think the solo version of the game is better than the multiplayer version by far. 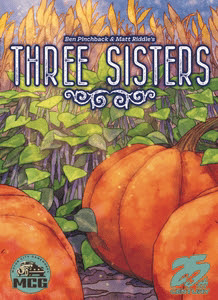 Three Sisters - I really enjoy roll and writes and Three Sisters is right up there among my favorites. I scored 93 points twice and broke 100 for the first time to set the bar high at 103. The AI, Farmer Edith, does a good job representing another player, while also removing various options on your score sheet. What I love the most about this game, aside from all of the wonderful combo actions, is that you can take multiple strategies from game to game and still be successful. Calico - Completed 2 more scenarios over three games of this very satisfying puzzle game. I love trying to score both of the goals on each of the objective tiles, even though it's incredibly difficult and requires a ton of planning and a lot of luck with the tile draws. Plus it's so colorful and has cats, what's not to love? 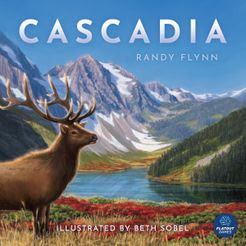 Cascadia - I knocked out 5 scenarios in five plays, with some being closer than others. I can't explain just how much I love this game. Everything from the theme to the art to the the gameplay is just amazing. It's so simple but just so fun to play, game after game. The scenarios force you (well maybe just me) to play different strategies and that makes the game even more enjoyable and keeps it from getting stale. In a multiplayer game, your options are constantly changing so you have to play what's available from turn to turn. In solo you can plan out your turns a bit more which could lead you to sticking to the scoring strategies you're comfortable with. With the solo mode included, this could be a top 10 game for me right now. 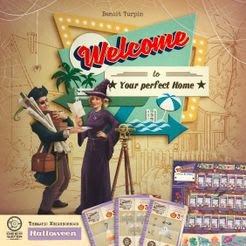 Welcome To...Halloween Thematic Neighborhood - For the final day of the month, I went back to Welcome To... because I wanted to play something that had a Halloween Theme. I purchased a whole bundle that included the base game a bunch of expansions, including this one. I scored incredibly well and that was fueled by the candy and ghost bonuses that players can get during the game which award more points and/or give you more spaces to mark. It follows the same format at the original version, so being able to play something quickly after everyone went to bed was perfect.