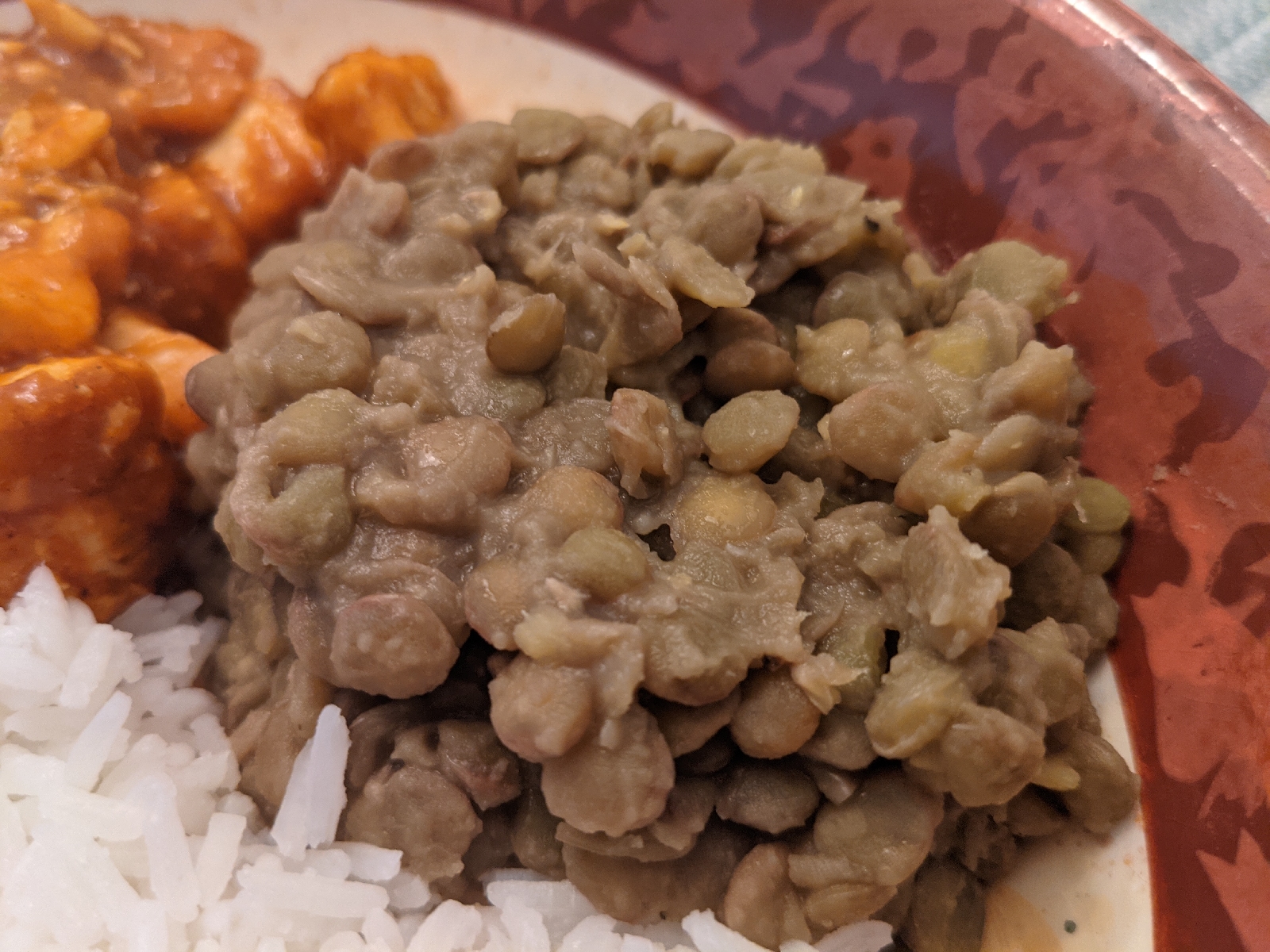 Lentils are one of those things that I'm surprised I've never actually made before. I've had them in soups and other dishes but they've never been memorable enough for me to go out of my way to made. They're often found in Indian cuisine, something that I've really been getting into over the past year. Most of that has been in the form of jarred sauces and naan bread with sides of rice and vegetables, but tasty none the less. While this recipe isn't Indian in any way, I decided to serve it along side some butter chicken and rice.

This is an incredibly easy recipe to make. All you're doing is simmering the lentils in some aromatic ingredients before removing the aromatics and dressing it with a simple dressing of red wine vinegar, olive oil, and salt. I definitely overcooked these a bit, that's why they look kind of mushy. Some of the lentils split as I stirred the pot to incorporate the dressing. I'm not sure if it was the simplicity of the recipe or if I just don't find lentils to be that interesting, but this tastes very...boring. I added some extra dressing and some salt and even that didn't liven the salad up in any way.

Lentils remind me of white beans in a lot of ways. Whenever they're in a dish, they don't taste like much and their texture leaves something to be desired. That being said, I think that's a personal preference and if you like lentils, there is a possibility that you may like this salad. It wasn't for us and I won't be making it or anything like it again.