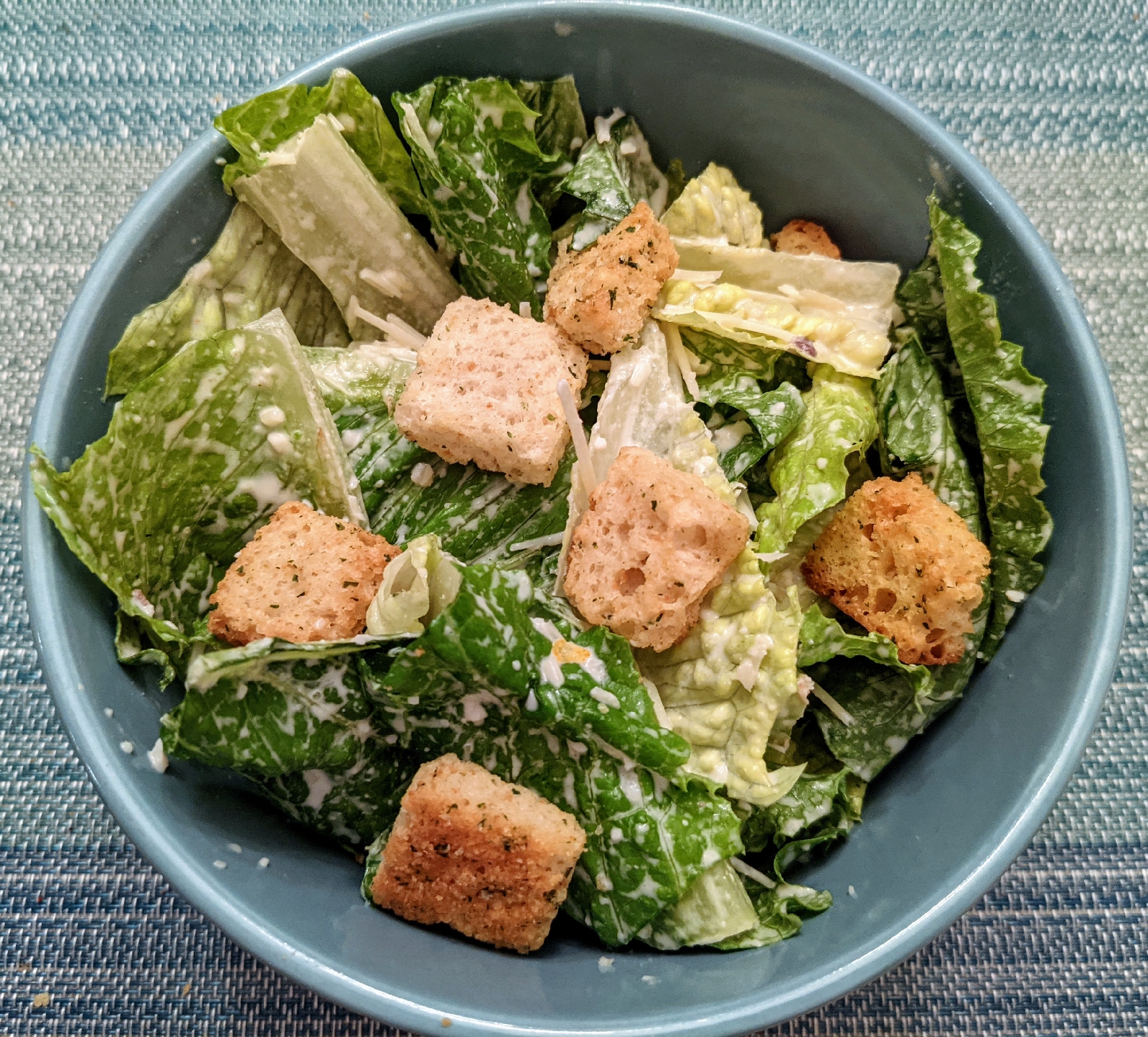 I was planning on making a completely different dish for dinner this week, but the preserved lemon I need is nowhere to be found in my area supermarkets. That's a story for that recipe's blog post. This salad recipe was going to be my lunches for the week, but I thought it would be a nice side to go with pizza since I was making the dough anyway. Everything about this recipe breaks the rules of a traditional Caesar salad. Sure, the romaine hearts are there, as are the anchovy, garlic, and Worcestershire sauce. However, that's when things take a turn towards the bizarre. Lemon gets replaced by red wine vinegar and hot sauce. The Parmesan cheese gets swapped out for Pecorino Romano. Egg and olive oil are replaced with Hellman's mayonnaise. That last one isn't so crazy and actually allows you to keep in longer in the fridge.

Like most dressings, it's incredibly easy to make. All you do is add the ingredients to a blender and then puree until it's smooth. Then you toss the cleaned and cut (or not cut) romaine leaves until well dressed. Serve with remaining grated cheese and a couple generous turns of black pepper. I decided to add a few croutons because I just like my Caesar salads to have them. Side note: croutons last literally forever, so don't throw them out just by the date on the bag.

While I liked the flavor of this, I thought it was a little thin for my taste. I'm used to a creamier version that really sticks to the romaine. Christine doesn't use much dressing, if any, when she has a salad and thought it had the perfect consistency for her. If I make this again, I'll cut back on the water by about half or maybe all together. Because we were the only two eating it, I only used one bunch of romaine hearts and had two left so I've been eating a salad as part of my lunch this week. The dressing recipe makes enough to dress 3 romaine hearts, which is equal to approximately 6 side salads. While the recipes doesn't call for the rest of the anchovies in the can to be added to the salad, there were some in the picture. Christine had the better idea of adding them as our pizza topping. It was the first time I've had anchovy pizza and I though it tasted pretty good.