November was an uneven month when it came to accomplishments. Even though I only wrote two posts, they were more involved and a couple of my favorites for the year. The chance to succeed at the board game challenge is basically dead in the water, but I did some really good baking.

1) Write at least 2 blog posts each month
Did a little health update and things are going really well.
Shared our Christmas traditions and some new ones we're starting.
2) Complete the 10 x 2 Board Game Challenge
We played none of our games for the challenge. That means we still have 7 total plays left to do before the end of the year. It's nearly certain that we won't complete the challenge. I'm sad. I've already decided not to include any board game related resolutions next year.
3) Bake at least 2 different baked goods each month
There's never a bad time to make biscuits. I decided to do a Twitter thread on the steps as I made them. I had a lot of fun doing it, so I may do more of them in the future. 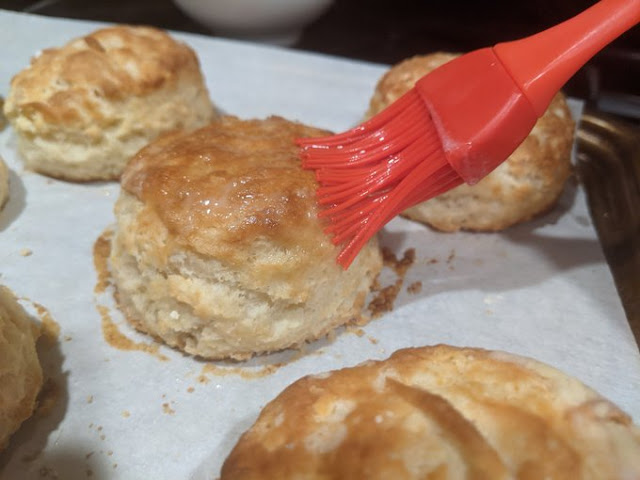 Not wanting my rustic bread making skills to get rusty, I made a couple of loaves of sourdough. One of them didn't look great, but still tasted really good. This one, that proofed in the banneton basket, looked a lot nicer. 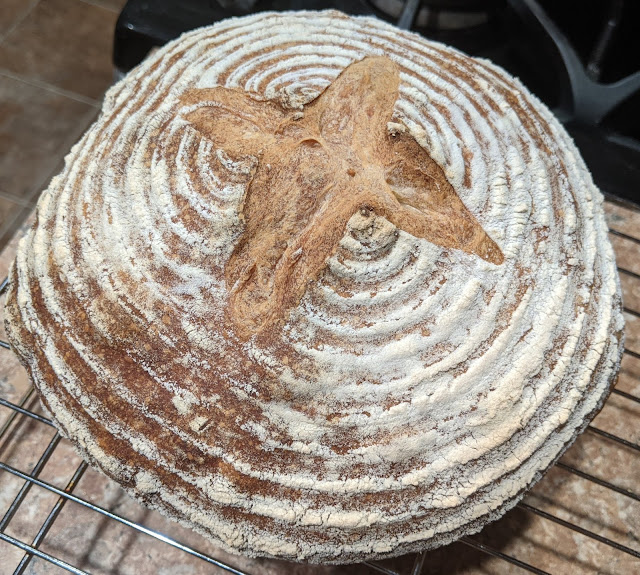 I was craving some cookies and wanted to get into cookie baking mode ahead of Christmas cookie baking, so I made these peanut butter chocolate chunk cookies. The original recipe called for pretzels to be placed on top, but in my experience the pretzels are never crunchy enough. I just sprinkled some coarse sea salt on top. I also used crunchy peanut butter to add that little bit of extra texture. 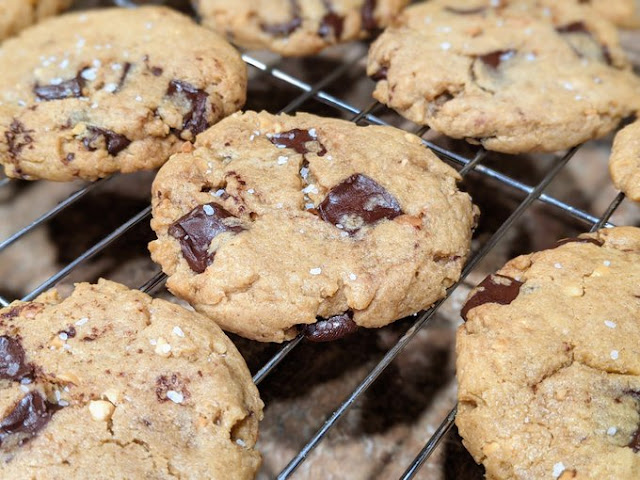 For a few years now there has been recipes for "two ingredient" bagels using greek yogurt and self rising flour. I've always been dubious, but finally gave it a try. They're super easy to make and come together really quickly. There is not rise time or boiling needed. While they don't get the same chewy texture or crisp exterior, they aren't bad. They're more of a bread with a whole bagel that you might buy at the store, but are better. That being said, I don't think they should be eaten after the first day. I'd rather just put in the effort for good bagels. 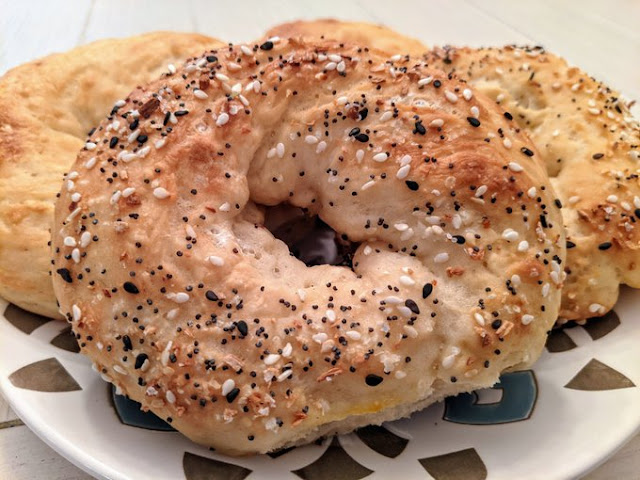 It wouldn't be Thanksgiving without pumpkin pie. I made the filling with organic pumpkin puree, which resulted in a darker color after being baked. The crust came out really crisp and buttery. After filling the par-baked crust with most of the filling, I had enough filling and dough scraps left to make 7 mini pies. Despite the small crack and not tradition orange tinted filling, this was the best pumpkin pie I've made. Eating some for breakfast each day was nice. 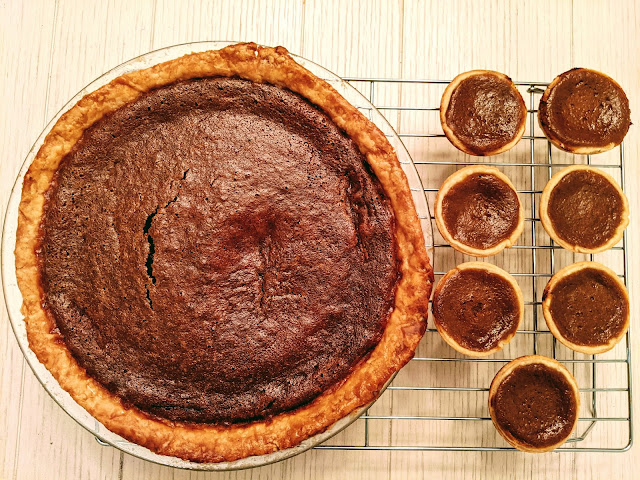 It's also not Thanksgiving without dinner rolls. I could just buy some tasty small ones that I've grown up eating, but making the whole meal from scratch was just too much fun. These came out a little bigger than I wanted, should have divided the dough up more, but ultimately it worked out better for sandwiches later on. They were buttery and fluffy. Next time I'll make them smaller and sprinkle on some salt at the end. 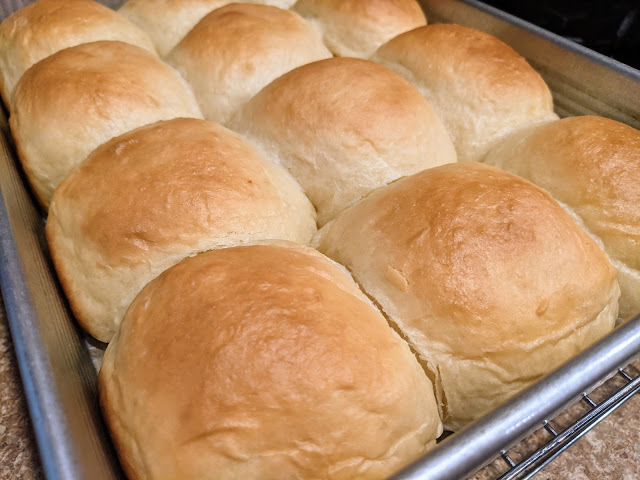