June was another mixed bag of results. Baking seems to be the real stronghold of the things I want accomplish. There's always seems to be time for baking. I did do one more blog post in June compared to May, but we didn't play any of our challenge games. Finding balance across these three things continues to allude me.

1) Write at least 2 blog posts each month
Shared a bit about Darebee, the fitness website I've been using to get in shape.
Celebrated our One Year Housiversary.
Also celebrated 10 Years of Marriage.

2) Complete the 10 x 2 Board Game Challenge
The school year is now over and yet not a single game one of our challenge games got played. Maybe July will be the month where we hit our stride and start knocking plays out. Right now we have to average 2.5 plays for the remaining 6 months of the year.
3) Bake at least 2 different baked goods each month
June was a pretty good month for baking. It had some high highs and one train wreck. I started the month by making two loaves of cheese bread. One had cheddar & herbs and the other had mozzarella & pepperoni. I had a lot of fun making these because it used a technique I'd never tried before. As you can see in the whole loaves pictures, the bread was braided. I've done that before, but after rolling up the dough, I cut the log down the middle lengthwise to expose the mix-ins before braiding. That exposed the cheese and make for an nice pattern once braided. These were soft loaves that had a few extra ingredients compared to the rustic loaves I normally make. 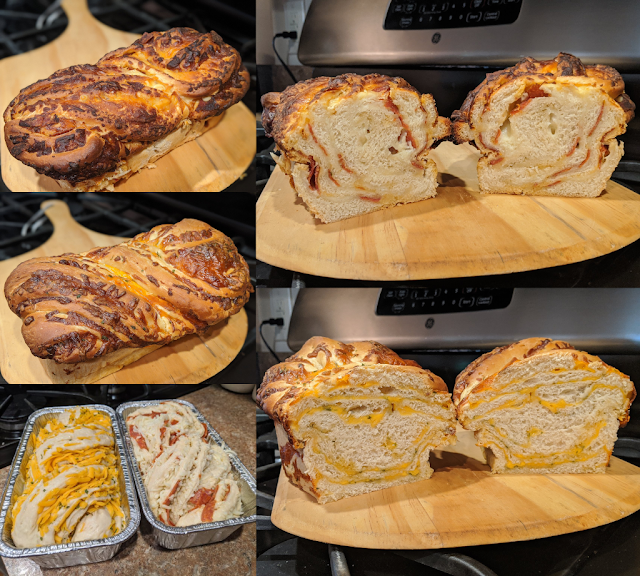 I made pizza a couple times during the month, which isn't that unusual but I wanted to share for a few reasons. The first being some changes to how I cook them. I increased the heat from 500 to 550 and moved the stone up into the upper third of the oven. Those two things worked in combination to create a crust that cooks all the way through just as the cheese begins to brown. The other is that I'm starting to experiment with more "deluxe" style pizzas. Normally I make a garlic or a single topping pizza with sauce like pepperoni or mushrooms. One of the pizzas I made was a loaded baked potato (Christine's favorite kind) and it turned out pretty good. Christine said it was one of the better ones I've made. I used a sour cream base and then added bacon, onions, and potatoes that were seasoned with Italian seasoning. I topped the pizza off with a mix of mozzarella and cheddar. If I had scallions, I would have sprinkled those on top. 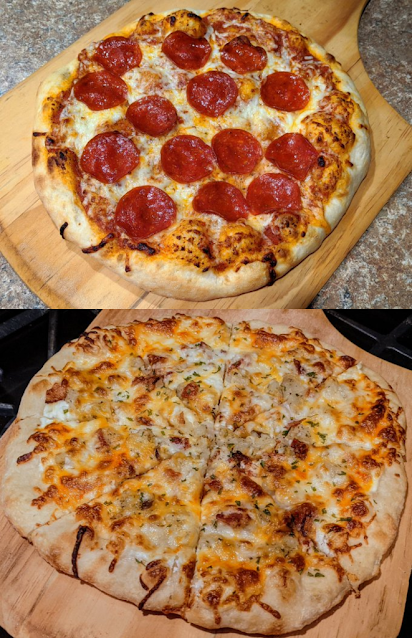 I'm always looking for a different way to use my sourdough discards. I saw a recipe for sourdough chocolate chip cookies and was intrigued. They looked good, they smelled good, and they even tasted good...until you finished one. They had an odd sourdoughy aftertaste that I didn't care for when combined with the sweetness and abundance of chocolate in the recipe. The banana bread I made with sourdough was awesome, so it's not like sourdough doesn't work in sweet goods. What really made these a train wreck was how they deteriorated by the next day. They ended getting really soggy overnight and the sourdough smell overpowered everything else. I ended up tossing almost the entire batch. Oh well, sometimes things just don't work out. 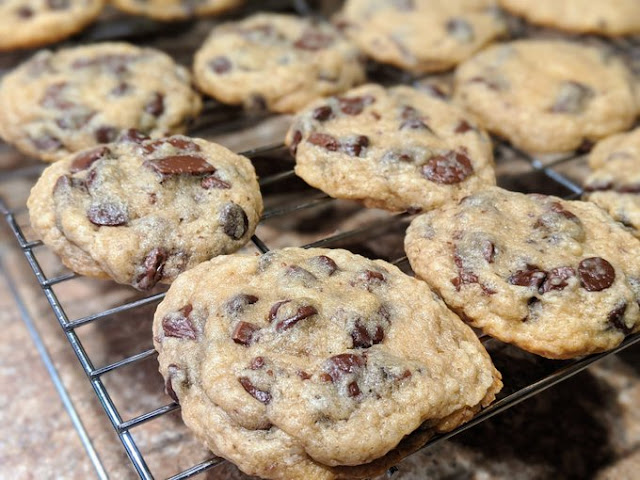 I have a long history with poke cake. The version with a white cake, jello, and whipped topping is a cool and refreshing summer dessert that I've eaten since I was a kid. The Oreo Chocolate recipe I made is a drastic but still very tasty version of poke cake. My mom requested I make it after sharing it on Facebook. Ben has wanted to help me make something for a while after seeing Grace make other things. So we got him all dressed up in an apron and a chef's hat and he helped with every step. Instead of making my own cake (because I don't even like cake that much) I just used a "premium" cake mix from the grocery store. Then you mix sweetened condensed milk and chocolate chips in a bowl, microwave that, and poor it over a cake that's been poked all over (hence Poke Cake) with the back end of a wooden spoon. The chocolate seeps down into the holes and created a layer over the top. Next, we made an Oreo whipped cream and slathered that on top of the cake once it had cooled. Finally, we sprinkled crushed Oreos all over the top of the whipped cream and stuck the whole pan in the fridge until it was ready to serve. It was very rich and very tasty. I think I still prefer the lighter jello version, but if you like chocolate, this cake is for you. 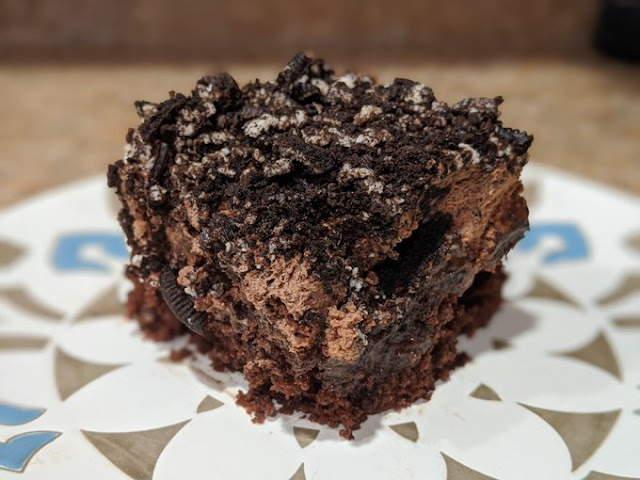 I've made tons of no knead bread, but I've never done it with sourdough. I followed the King Arthur Flour Recipe and found it to be on par with regular no knead white bread. This just had that extra tang from the sourdough. It's a nice and easy way to use up sourdough discards. 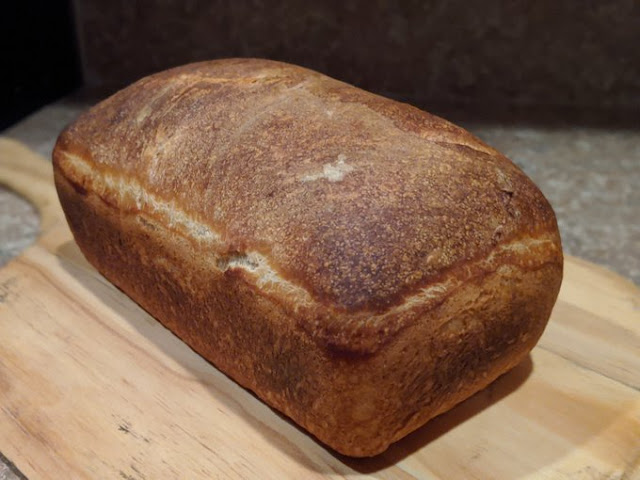