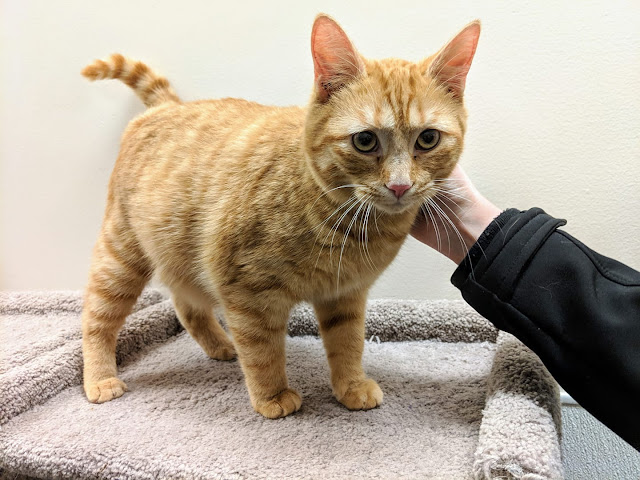 Last week we added another member to the family in the form of an 8 month old orange tabby named Albert. He's a fat little ball of energy that will answer to "Fatbert". We still have Spot and Atreyu, but with Spot getting older Atreyu needed a true playmate. While stopping to visit the cats for adoption through Purr-Fect Haven Cat Rescue, one of the volunteers said they had the perfect cat for us that was currently at one of the fosters' homes. He needed to be placed in a home with small children and another cat with high energy. Christine and I decided we'd come back in a few days to meet Albert.

Christine loved him immediately (she loves them all that way) and he seemed like a nice playmate for Atreyu. I was initially against the idea of getting a third cat, even though Spot seems like he might be on borrowed time. After being convinced that Atreyu might become less destructive if he had a healthy outlet for his energy, I agreed to adopt Albert. Whether Atreyu stops ripping up the carpet remains to be seen, but I'm so happy we adopted Albert. He is THE sweetest cat I've ever met. He's so good with the kids and he loves to cuddle.

The obligations of having pets always have me hesitant to take on another one. It's not like we don't have the money to care for them and we're home more often than most I would assume. But when the subject comes up, I immediately shoot down the idea. I don't know why I do it because the second we get them home, I enjoy their company. While I like Spot and Atreyu, that's as far as my feeling goes for them. When we had Tara, I loved her even though she was a stubborn princess of a cat. It wasn't until we got Albert home that I saw him as more than just another cat/playmate for Atreyu. In just the few days of owning him, I can already tell that he's special. 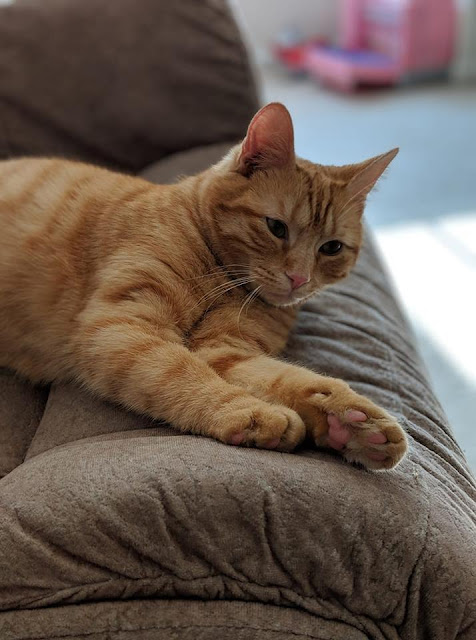