September was a great month! Settling into new routines and schedules got me back on track. I'm now 3/4 of the way through the year and looking to finish strong.

1) Bake more bread from scratch
I've got a solid handle on the master recipe from the cookbook I've been using for the free form white loaves, so in September I wanted to try something new. I've never worked with whole wheat flour before I got a bag and started the month making light wheat loaves. I little whole wheat in our diets is better than nothing. Rather than doing free form, I busted out the loaf pans to see what results I could get. 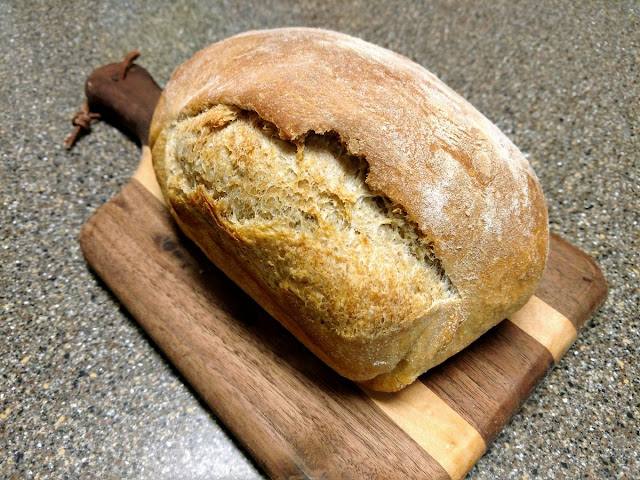 The first loaf I did was 1.5 pounds of dough that I formed into a oval shape. Then let rise a bit in the pan. It got some good rise but when it expanded to the sides of the pan, the top blew out. I still tasted pretty good, although I think it needed another 5 to 10 minutes in the oven. The crumb on the ends had some nice hole structure but the middle was a tad tense. 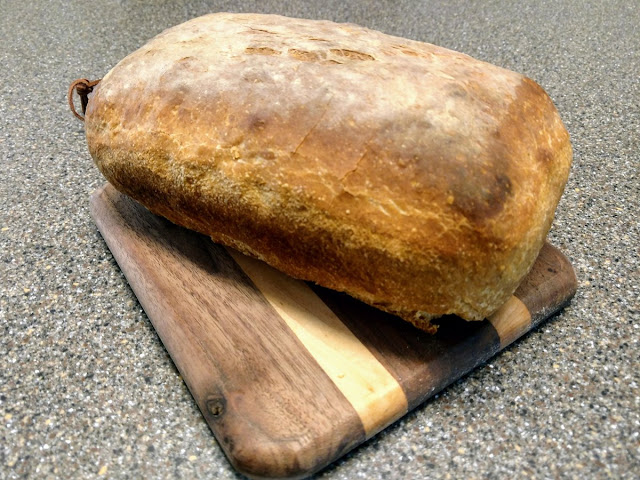 The second loaf was from the same batch of dough, but I used the remaining almost two pounds. I pressed and stretched the dough into the pan so the entire bottom was filled. It didn't get as much of a dome in the middle but I think it worked out better being even all the way across. The crumb was better and had superior hole structure compared to the first loaf. Again, this would have benefited from a longer cook time. I had increased the time because of the extra dough, but I'm so concerned about over baking that I tend to pull just a little but too early. 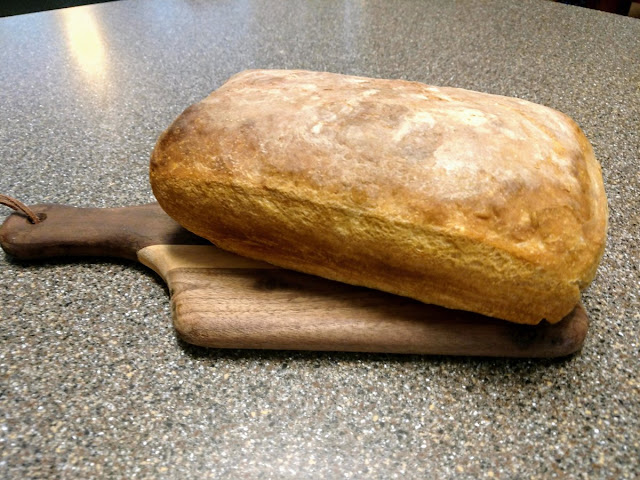 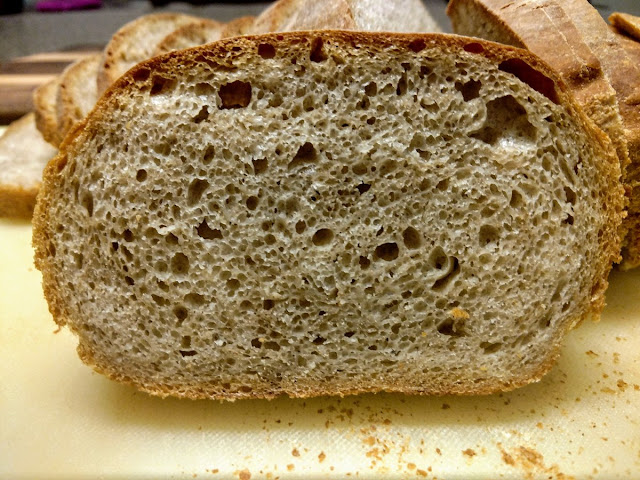 The two pictures above are from my third attempt at the light wheat loaf. It was a new batch of dough so it was the same recipe, but this loaf was exactly two pounds of dough and I nailed the cook time. I got great hole structure and the crust was perfect. It had a better developed flavor because the dough sat in the fridge for a week so that gave it some sourdough-esque tang. I should also note, that the remainder of the dough got turned into pizza dough and boy did they turn out great. I made one cheese and one garlic that were just outstanding. Rather than making a quick 15 minute dough, I think I'll just keep dough in the fridge so I have it when I want to make pizza. 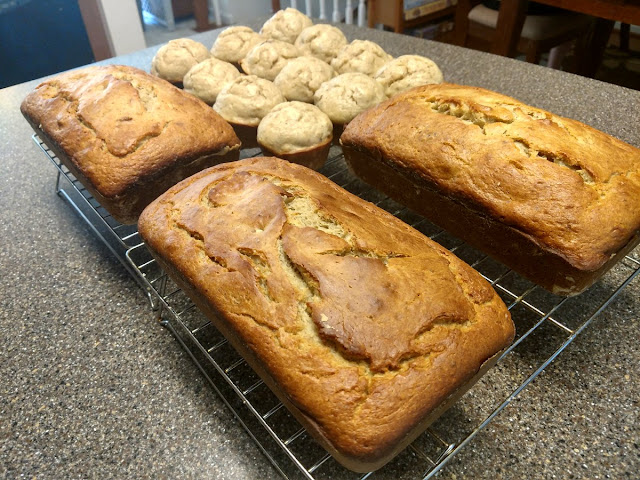 When life gives you bananas, make banana bread (and/or muffins). I used to eat bananas until they were borderline over ripe. Now I don't like them if even a hint of a brown spot is starting to show. I also have people at work who bring their old bananas to me, so I take them all and put them in a bag in the freezer. When the bag is full, it's time to make banana bread. Well this time I had about a bag and a half so I used all three bread pans and my muffin tin to use them all up. I put walnuts in both batches of dough and everything came out great. We ate the muffins and two loaves between breakfasts and after dinner snacks. I froze one before it went bad because there is only so much we can eat in a short amount of time. 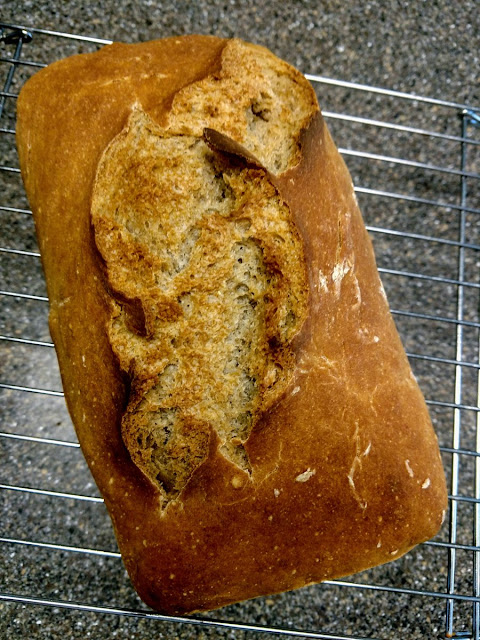 I've been keeping light wheat dough in the fridge at all times in case I want to make pizza or a loaf of bread. After making a couple of pizzas the other night for dinner, I decided to use up the remainder of the dough (1 1/2 pounds) to make a loaf. This one came out pretty good, but what I liked the most is how it split on the top during baking.

All in all, September was my most successful bread baking month thus far.

Colosseum
I traded a lot of stuff to get a copy of this in my last big purge trade. It was codesigned by my favorite designer Wolfgang Kramer. So I had a lot of high hopes and expectations for this one. It definitely didn't disappoint from a mechanics, components, or theme aspect. The gameplay was great and I thoroughly enjoyed what the game offers. That being said, the specific game we played in a four player game led to a lot of animosity between me and Christine and also me and Shawn. I'm only going to explain how the game works rather than go into it all again. Over five phases in five rounds, players are putting on shows to attract the most spectators (points). The goal is to have put on the single best show that attracted the most spectators. 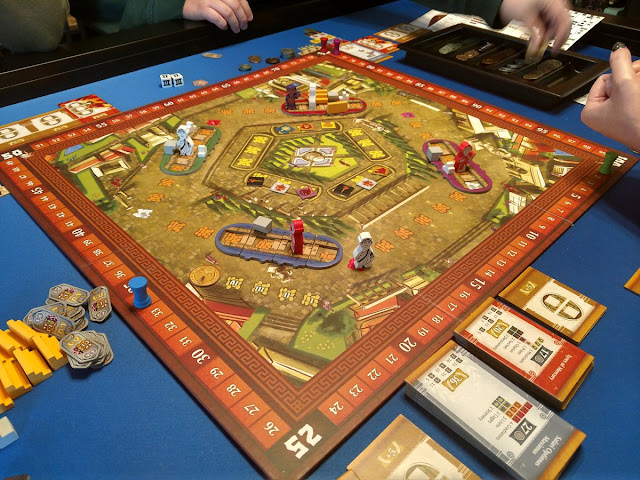 To do this, you upgrade your Colosseum and try to get nobles or the Emperor to visit during your turn. Combine those with buying resources via auction and then trading those resources with other players in order to have all or as many of the resources you need. If you're able to do this all successfully, you'll succeed. I know auctions are not a favorite mechanic of the group, but the way they worked out there weren't any instances where the bidding got outrageous. It was the trading that screwed up my plans throughout. I'm still unhappy with how things went and even said after the game that I might trade it, but I'm happy to play again with the same group. I like the game too much to get rid of it anytime soon.

3) Meditate on a regular basis
I did a little better this month. Part of my regiment for losing weight is hit a certain number of steps and exercising for at least 30 minutes each day. On the weekends it's kind of tough depending on the weather so I've been using my Wii Fit to get there. One of the "workout games" is a zen balance game where you're supposed to sit and stay balanced for as long as you can. The max score is only 180 seconds, but it's something. I'll often play that a few times on the weekends. 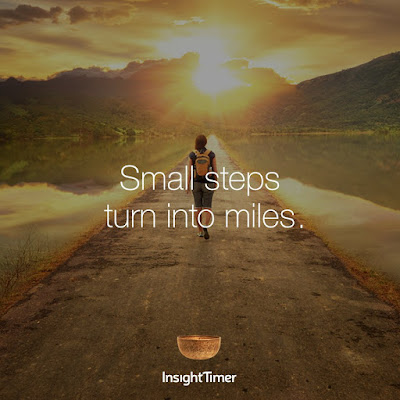 During the week I'm less apt to find time to sit or find an activity that feels like meditation. There's often too much noise or distraction or need to pay attention to try to multitask meditation and something else. It's during the week that I find I'm at my worst temper and attitude-wise, but lack of consistency means most days haven't been good for those lately. I'm not ready to say I'm turning a corner on this one yet because there is a lot of work I have to do with it, but I have hope.
Bread Buddhism Life Resolution Tabletop