Lay's Stax are better than Pringles 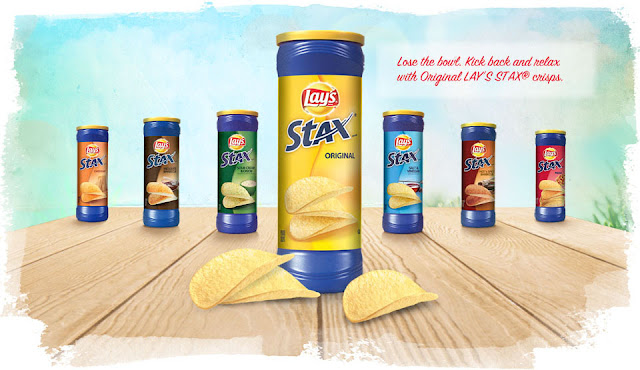 In the world of tube packaged potato chips, there are really only two options: Lay's Stax and Pringles. Both of these products aren't technically potato chips, they're potato crisps. The difference between a potato chip and a potato crisp is that the former is fried sliced potatoes, the latter is a processed and formed snack item made up of potato and other starches. While I prefer an actual chip to one of these potato crisp snack items, if given the choice I'll take Lay's Stax over Pringles every time.

Right off the bat, the biggest difference between the two is that Stax aren't as thin and wispy as Pringles. The thicker crisp provides better crunch, which has been proven to make food taste better. They also have a better mouth feel because they don't disintegrate immediately when mixed with saliva. The thickness of Stax also gives them the strength to be used for dipping. Try dipping Pringles without needing to fish out pieces from the dip with your fingers. My last point on why a thicker crisp is better is that Stax tend to break less often in their container compared to Pringles.

While the variety of flavors between Pringles and Stax are comparable, it's the taste that separates the two. No matter what flavor you're comparing, whether it be original, salt & vinegar, or dill pickle, Stax tend to be sharper and less artificial tasting. Pringles also have more powdered flavoring on their crisps that inevitably ends up all over your fingers. They also go heavier on the salt which dries out the crisp, making you thirsty much quicker.

Another big advantage Stax has over Pringles is their price point. Every time I've seen Stax at a grocery store, convenience store, or even gas station, they are cheaper. At Walmart I can buy a can for $1 versus $1.44 for a can of Pringles. I can get nearly three cans of Stax for the same price of two Pringles. So I get more chips that taste better for a lower price? Sounds like a no-brainer to me.

This final point isn't important to me at all because I'm not effected by it but Stax are gluten free and Pringles are not. There are so few snack foods that are gluten free and taste good that this is a huge check mark in Lay's column. The fact that they use wheat as filler just points to the fact that they're more processed. When eating a product that's potato chip adjacent, I want them to be almost entirely potato. Having a few cans of Stax around when you're having a BBQ or party ensures that somebody who can't/doesn't eat gluten will have something other than salad and protein to eat.

For these reasons, I believe that Lay's Stax are better than Pringles. Which of these two do you prefer? I'd love to here your opinion in the comments.