Congratulations to the Washington Capitals 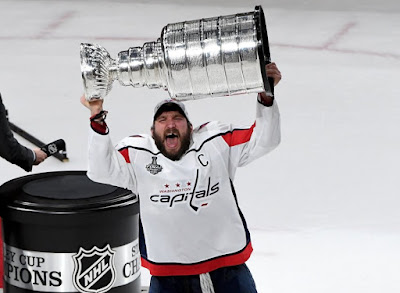 Last Thursday night, the Washington Capitals rallied to defeat the Vegas Golden Knights in game 5 of the Stanley Cup Final. With a 4-3 win, they won their first Stanley Cup in the franchise's history. This Stanley Cup Final was really something special because it pitted one of the all time greats, Alexander Ovechkin, against an expansion team that nobody saw doing this well. With the Golden Knights making it to the final, it was also first time since the St. Louis Blues that an expansion team made it to the championship. But when St. Louis did it, they were in a conference of six brand new teams so somebody was going to make it.

I got back into hockey this year to support my favorite team, the Colorado Avalanche. They had their own amazing season, going from the worst team in the league to winning a couple games against the best team in the Western Conference in the playoffs. But the rise of the Golden Knights was the story of the season. The fact that they did as well as they did and faced off against a team that never seemed to be able to get over the hump, really did a lot for the sport. Ratings were up for both the regular and post season. Some games even saw 20 year highs.

In the end, the Capitals were just too much. They were faster, moved the puck better, and had a goalie that was in the absolute zone. After dropping game one in Vegas, they were able to steal the second and it was very late in that game that the momentum drastically shifted all because of one save...The Save. With less than two minutes left and an wide open net, Braden Holtby made an amazing save with his stick to preserve a 3-2 lead. Here it is:

After that save, it was all Capitals. The Golden Knights stayed with them in every game, even holding the lead in the third period of game 5, but I think it was over after that save. I thought the Cinderella story would have been amazing for the NHL but for one of its best players to finally raise the cup, I couldn't be happier. Alexander Ovechkin deserved this win probably more than any other player. He's a hard-hitting goal scorer who couldn't be more of the embodiment of the game. Congratulations to the 2018 Stanley Cup Champions. 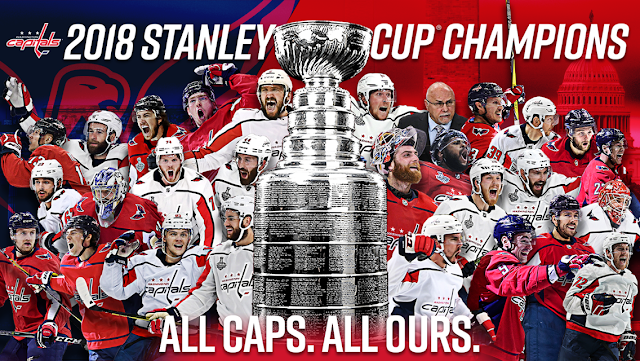