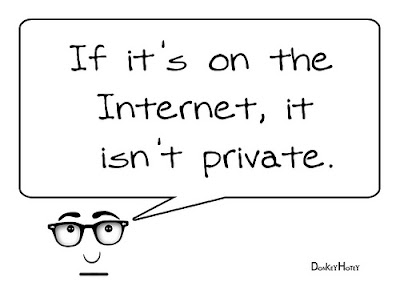 I'm a fan of social media, specifically Facebook and Twitter. I don't use Facebook as often as I used to but I'm still posting pictures of the kids, games I've played, or foods I've made. I also use it to share political memes that sometimes lead to interesting conversation. Most of my social media time is spent on Twitter, which I joined to help spread the word of my board game publishing company when it was still a thing. I've since transitioned that account to a personal one, but most my followers and the people I follow are still very board game related. What I like about Twitter more than any other social media platform is the board game community that's been built on there and the ability to see all of the breaking news around the world.

The biggest reason I gravitated towards Twitter was that there was a form of privacy from the people I deal with face to face in everyday life, like family and friends, because nobody was using it. A few of those people started following me and that's when I started to get a little uncomfortable. I'm not a different person on Twitter than I am on Facebook or in person but once I started using it, I liked the quasi-anonymity it gave me. It gave me a place to interact with a new group of people who don't know anything about me. I'm able to share experiences and stories that others have already heard or don't care about. I could also tweet something out that I didn't necessarily want anyone in my personal life seeing. That would allow me to avoid having the conversation as to what I meant or why I tweeted it in the first place.

The problem with Twitter is that anyone can see your tweets even if they aren't on Twitter. Yes, there is a way to stop that, which is similar to the Friends system on Facebook, but I want the open to the public feeling. It's very similar to this blog, anyone can read it and knowing that is very cathartic. Sometimes I need to get those things out just to get them out, so having people I *know* see them could become some what of a hassle. I want a public space that can be separate from other public spaces. I know this is an impossibility. Having an anonymous account that isn't tied to me in anyway is like shouting into the wind. I need to know somebody sees it and knows that I said it. It's all very contradictory, I know. I want to have my pie and eat it too.

Another issue with having a social media platform where just anyone can follow and comment on other's content is the cross over between people you are personally friends with and those who are online friends or acquaintances. There's a balance one must play when they have two groups of friends that aren't going to hang out. In regular face to face life, that balance is so much easier because it's likely you won't all be in the same place at once. However, the internet allows for just that, so when they're all operating in the same place it's...awkward.

I think that it's just me that feels the awkward tension when the two mix. I've been on Twitter for a few years longer than others, so I was in the space by myself. I have no issue with comments on Facebook but there's control there. I know almost everyone who is going to comment on a status, and if I don't, one of the people I've tagged does. With Twitter, anyone can just jump right in. I encourage interaction and have met some of the nicest people because of it. That's what I want, to find connections with the people I don't know on that platform. If I want to interact with somebody in my day to day circle, I can send a text or comment on Facebook.

So what can I do to operate and find privacy in the public space of social media? Well nothing that I'm willing to do, but what I've done so far has worked pretty well. I keep my politics, for the most part, off of Twitter because the people who follow me there aren't looking for those opinions. I will continue sticking to board game and food related content there, while sharing more personal stuff on Facebook. I want to be as transparent as possible in all facets of my public life, but part of me wants the ability to post things without backlash or concern from the people I care about or the people I barely know. Asking for this is silly because it cannot happen, this is life. You have to accept what will happen when not keeping things to yourself. But keeping things to yourself, at least for me, does more damage than anything that could come from a tweet or post.
Life Social Media Technology