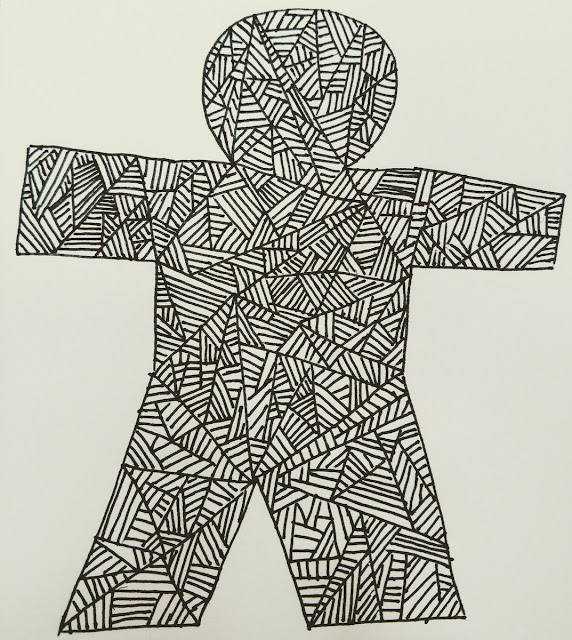 I was at a conference last week for work and it quickly devolved when it came to being interesting. It was the third conference in two weeks that I attended and this was by far the worst of them. Now I'm no artist and I don't tend to doodle very often but I had to do something to pass the time. I could have been rude, like over a third of the room, by looking at my phone but I decided to take advantage of the free pen and pad of paper I was given to do some doodling (while attempting to listen).

The image at the top of this post was the third one I worked on. It came out objectively better than the first one I had done (see below), likely because I had a plan with the one above. To start I made the outline of a person and then started segmenting it off with straight lines. There are a few "errors" where I didn't follow the process I had started but I don't think that ultimately matters. I had a couple of people walk by during the break and say something like "that looks good" and "you should have gone to art school". *cue laugh track*

In between the two I did a few three dimensional boxes that you learn to make in elementary school. Oh and one of those "S"s where you draw three vertical lines with three more vertical lines directly below them and then connect them to make an "S". I did find doodling rather relaxing and it definitely ate up some time but I don't know why I don't do it more often. Maybe I should keep a pad of paper around at all times, it would certainly help reduce my screen time which I've blogged about before. 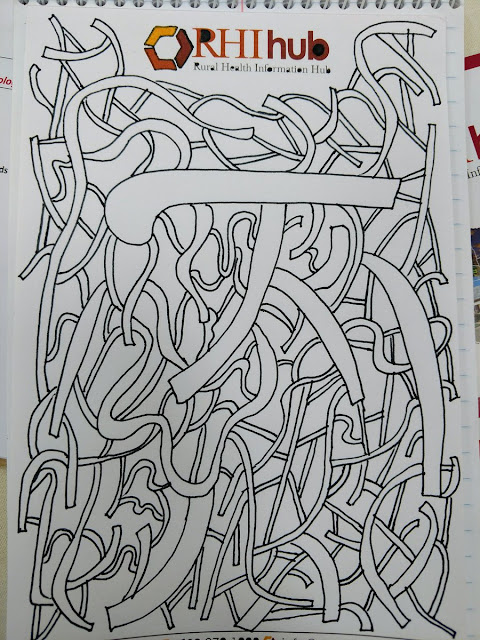