A Trip to Starbucks and Why "Coffee" is Making Us Fat 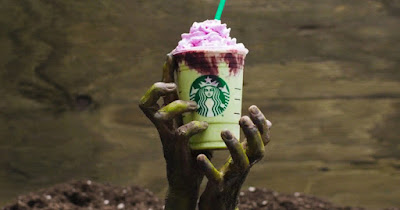 I'm fat. Let's just get that out of the way before you start harassing me about fat shaming or some other nonsense. Does being fat give me permission to rag on other people who are fat? Not exactly but at least we're on the same playing field. We all know obesity is an epidemic in this country and drinks play a huge role in that. But I'm not talking about alcohol or soda, though they do play a large part, no I'm talking about "coffee". Coffee, when consumed black, only has 2 calories per 8oz cup according to the USDA nutrient database. That means I could drink hundreds of cups a day and my waistline would be just fine. But that's not how the majority of America consumes coffee. Instead, we as a society pour hundreds of calories worth of sugar and cream into our drinks until they essentially become a coffee flavored dessert. 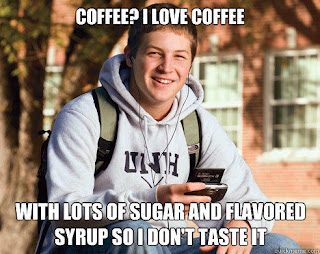 It wasn't until I encountered something last weekend that made me have this thought about a problem that I hadn't really considered before. You see I don't drink coffee or soda or anything other than water and the occasional unsweetened iced tea, so I don't have any reason to visit a Starbucks and only go to Dunkin Donuts to get donuts (in case you might have wondered how I got fat). But on our way back from the mall, Christine wanted to get some caffeine to take the edge off of a headache that was brewing (haha brewing) so we stopped at a Starbucks. It was cold out and the parking lot was packed so we opted for the drive thru so we could stay in the nice warm car. Because it was busy, the line was moving extremely slow and if you know anything about me, I hate waiting. So while I'm trying to keep my cool during what ended up being nearly 20 minutes to get a single cup of hot chocolate, I was poking fun at the people taking forever to order.

In my best obnoxious voice, I spewed out orders that made absolutely no sense and I probably used the wrong coffee jargon but it kept us entertained and Christine wasn't totally annoyed with how I was being. I like to do this in line at fast food joints too, "Yeah I'll have six double cheeseburgers, nine large fries, 3 apple pies, a large milkshake, and uhhhh....medium diet Coke". See? It's funny because they're fat. Anyways, when it was finally our turn to pay, I gave the woman the money and then was forced to sit there while she took another order over her headset, with the cup sitting there ready and just out of reach. It was during this annoying pause that I could see and hear a heavy set woman inside yelling at the workers about having to wait over twenty minutes for her venti iced peppermint white chocolate mocha with whipped cream. She must have repeated her order four or five times before the woman working the window passed me the cup so I could be on my way. 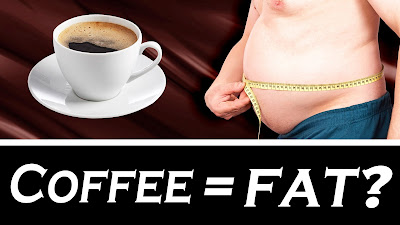 The encounter was so odd that it stuck with me and actually bothered me for some reason. They were very busy and this drink wasn't as straight forward as a black coffee but it still shouldn't have taken 20 minutes, if it had indeed been that long. But what she ordered was almost as far from coffee as one can get. Instead of coffee, she was angrily waiting for was one of those coffee flavored desserts I alluded to earlier. I had to know how bad this thing had to be so I looked it up and wow. Before I share the nutritional facts, here is the description of said drink:

So that translates to: coffee meets sugar, sugar, fat, and water, then it's finished off with sugar and sugar. Look at the little amount of coffee compared to sugar (and she probably wonders why her pants don't fit like they used to). If she finished the whole thing and assuming she chose 2% milk over whole, that dessert drink contained 660 calories, 23 grams of fat, and 101 carbohydrates. That's 35, 80, and 34 percent of each daily value respectively. If you're thinking well maybe that was her lunch or she ate light during other times of the day to fit that treat into her diet, just stop because we all know that's not true. 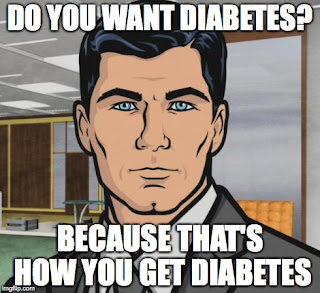 Think before you drink

The Starbucks and Dunkin Donuts of the world are killing us. Far be it from me to tell them to stop making these waist killers because they're just out to make an honest buck. And if that fat, angry woman wants to drink 10 of those a day, that's her right. Who am I to tell her to stop? How would I like it if she came up to me and told me to put down the fork? That wouldn't feel very good now would it Dan? I suppose you're right but it doesn't make my point any less true. "Coffee" is making us fat. It's made her fat and it's making millions of Americans fat.

I'm all for an individual's freedom of choice but choosing to kill yourself slowly is obviously bad for you and it's bad for this country. All I'm asking is that you look at the nutritional facts before you guzzle down thousands of calories in mere minutes. Is the taste of that coffee flavored sugar bomb really worth another pound on the scale this week? You know you're not going to walk those calories off.
Food Life