Ketchup on hotdogs a.k.a. food faux pas are dumb

November 06, 2017
Food faux pas are silly. Everyone has different tastes so who is to say that you shouldn't eat this with that? If I like the taste of ketchup on a hot dog, you bet your ass I'm going to eat it that way. There's no reason not to. I may look down on a person for ordering a well done steak but if that's what they like, more power to them. While they're at it, mind as well ask for the restaurant's finest bottle of catsup to smother that leather slab with. It all comes down to freedom, the thing that makes this country great. Eat what you want, when you want, and how you want. 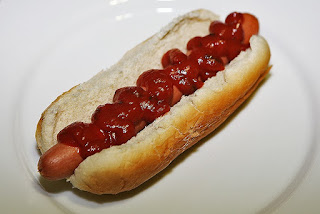 Call me a child, a heathen, or any other name you see fit, but I really do like ketchup on hot dogs. I don't have ketchup on there every time but it's a nice change of pace once in a while. There have been many other articles written about why one shouldn't put ketchup. Many of those come out of or are about Chicago, which is famous for the tubed meat product. They take their hot dog business seriously, good for them for sticking with tradition but bad on them for telling people what they can and should be able to do.

I laugh at the thought of people saying ketchup takes away from the taste of the meat. You mean the pureed meat product slurry in a tube? This isn't a filet folks, get over yourselves. And what's your argument for BBQ sauce? Barbecue takes hours of work and years of knowledge to get just right and yet you're willing to allow people to just douse that tasty meat in a sauce that's sweeter than ketchup? A delicious, juicy brisket is something to be admired and you should be able to eat it however you want. A hot dog, while tasty in it's own way, isn't suffering a horrible death by having a squirt of ketchup on it. 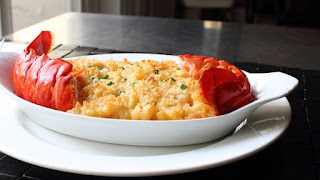 Making a seafood dish with cheese

Fish and cheese go together just fine. However there is some validity to the hardcore Italians that still believe that seafood and cheese should never go together. You see seafood is very delicate and their flavors can easily be drowned out by the assertive flavor and texture of most cheeses. Using moderation and proper pairing is the way to avoid one overpowering the other. Some of my favorite examples of seafood and cheese are: mussels with blue cheese, crab fondue, and lobster mac and cheese. Granted it's all in the execution but you can definitely enjoy the two together so don't let anyone tell you otherwise. 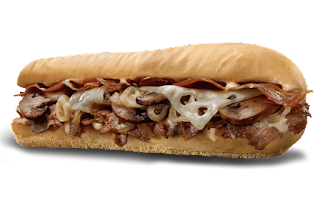 Ordering Swiss on a cheesesteak

What is a cheesesteak? A steaks sandwich with cheese. Is Swiss a cheese? Yes, yes it is. So what's the problem?! This became a story back in 2003 when John Kerry was on the presidential trail and made the "mistake" of ordering a cheesesteak with Swiss at Pat's King of Steaks in Philadelphia. If you're up on your cheesesteak game, you know Swiss isn't on the heirarchy of acceptable cheeses. Normally cheese-whiz, provolone, or American are the accepted choices. But Swiss is a great melting cheese so there's no reason you can't use it. Just stay away from the cheap stuff or the oil will flow. 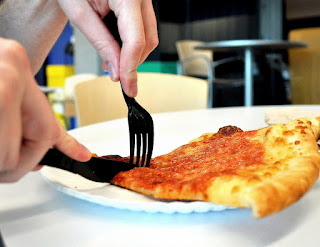 Eating pizza with a fork and knife

Another political gaff and another big city in the heart of this food faux pas. New Yorkers will tell you that you NEVER eat a slice of pie with a fork and knife. But more than one politician has made the mistake of doing so over the years. When questioned they had excuses, “In my ancestral homeland, it’s more typical to eat with a fork and knife,” Bill de Blasio said. "Look, look, the pizza came scalding hot, OK? And so I use a little fork," John Kasich told Good Morning America. These men shouldn't have to make excuses for eating how they want. I mean it's not going to help them get any votes but that's the risk they chose to take.

You don't see anyone complaining about people eating their deep dish pizza from Chicago with utensils. Why shouldn't they be able to do the same with the much thinner (and much tastier, IMO) NY slice?

Authentic Mexican tacos don't even come with cheese. You may have been to an authentic Mexican restaurant that served you tacos with cheese but that's because we like it that way (see Taco Bell or Del Taco). It's the same as the delicious take out Chinese food, it's nowhere near authentic. But there seems to be this idea that you can't have cheddar on tacos. Instead, you're supposed to use cojita or queso fresco for authenticity. Do you see the problem here? Tacos aren't supposed to have cheese, yet we add it anyway so add whatever cheese you like, cheddar included. 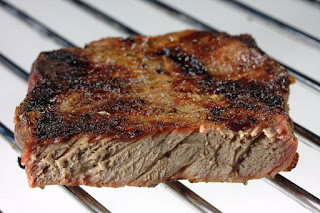 I almost didn't include this one because I firmly believe that you are wasting a perfectly good cut of meat by cooking it through. BUT I also said you should be able to eat a steak however you want so I'm in a bit of a quandary here. The whole theme of this article is that you should be able to eat food however you want. So instead of judging you for your poor taste in meat temperature, let me instead give you some tips:

Be prepared to get the worst cut of steak the restaurant has in the kitchen if you order your steak well done. When cooks see well done for the temp, they're not going to give a shit about how badly that thing gets cooked. In their eyes it's ruined at that point anyway.

You're wasting your money. You're not going to be able to tell the difference in quality between a waygu steak and the shoe leather you might find at a buffet. So if you want steak, either go to the buffet and eat to your hearts desire or buy a cheap cut and burn it at home. 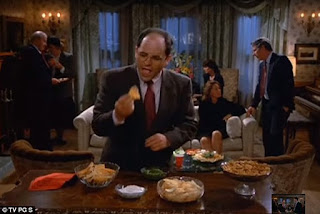 Okay this one isn't dumb. You should NEVER double dip your food in a communal dip. Don't be like George, it's like putting your whole mouth in the bowl. A mouth that is festering with all sorts of bacteria that other people shouldn't be exposed to. The only exception to the rule is if everyone who is eating it has swapped spit before....but it's still gross.
Food