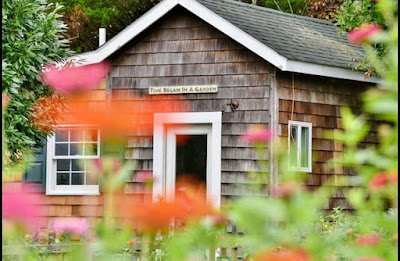 Last Monday was mine and Christine's 7 year wedding anniversary, so to celebrate we decided to have a night away from the kids, the first since Ben was born almost two years ago. We knew we wanted to go down to the beach but with it being in season, prices were a little much for what we wanted. So we jumped on Airbnb to look for some alternatives and found a tiny house listed on a farm about 10 minutes from Bethany Beach. Once we saw the pictures, we were sold.

You've probably seen one of the many tiny house shows on TV, or at least the advertisements for them. In them, people are either buying or building a tiny house to live in for whatever reason. Many times its younger people who aren't looking to settle down in a specific place or don't want the burden of paying rent or having a huge monthly mortgage payment. A lot of times the houses are built up on trailer bases so they can be towed from place to place but that's not always the case. Sometimes they're built on a piece of land that already has a house on it. They can be uses as a guest house, a creative space to write or paint, a hangout for the kids, or any number of possibilities. The tiny house we stayed in was in the latter category.

Nestled behind a large garden that hosts weddings and next to a large green house sits the tiny house at Good Earth Market and Organic Farm. What used to be a potting shed has been transformed into a rent-able space for less than $200 a night after fees. At only 165 square feet inside, you'd think the space would be cramped but it felt very big. The tall ceiling, smart use of space, number of windows, dual skylights, and light decor colors really made the space feel much bigger than it was. The deck off the side of the house was a nice place to sit and enjoy the calm surroundings of the farm. Susan, the owner of Good Earth Market and Organic Farm, did an amazing job creating this space.

There are some pictures below but here's a little bit about each "room":
We really enjoyed our stay and would definitely stay there again. One of the things I loved the most was that it was so quiet because it's away from the hustle and bustle of the beach resorts. There's no traffic to hear, no screaming kids, or doors opening and closing at all hours of the night. But the thing I can't stop thinking about is how efficient the whole idea of a tiny house is and how I can definitely see the appeal of living that way.

It would be incredibly tough to live in such a small space with just one kid but with three? Forget about it. Even if the space was two or even three times as large, with 5 people and two cats, things would start feeling pretty tight, pretty quickly. But the very limited experience of staying in that tiny space really made me think about the amount of space we have now (approximately 2000 sq ft) and wonder if we really need it all. Don't get me wrong, having ample space for the kids and for when we have people over is great and all but I could see us living in a smaller space that forces us to have less stuff. That's another thing that's been on my mind, owning less stuff, as I've mentioned in a couple other posts. Maybe this tiny house experience will help lead us towards a "better" way of living. 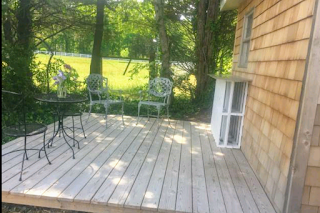 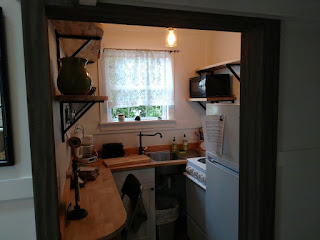 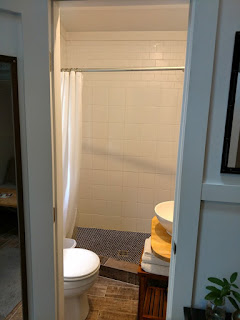 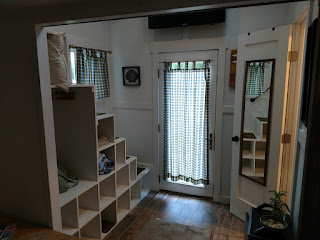 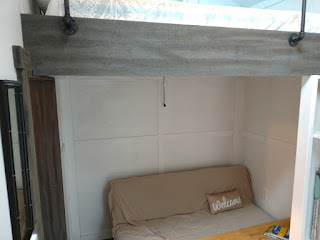 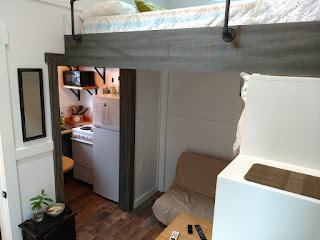 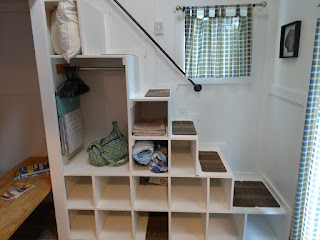 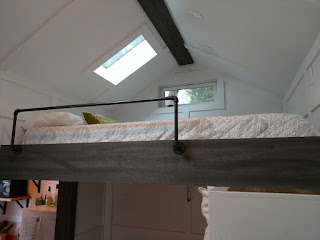 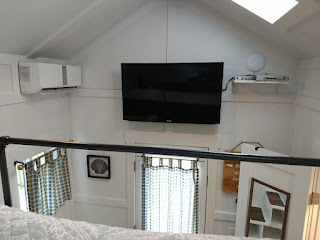